Learn how microtransit solutions are improving transit access for those living low-density areas or people unable to access stop-based transit. 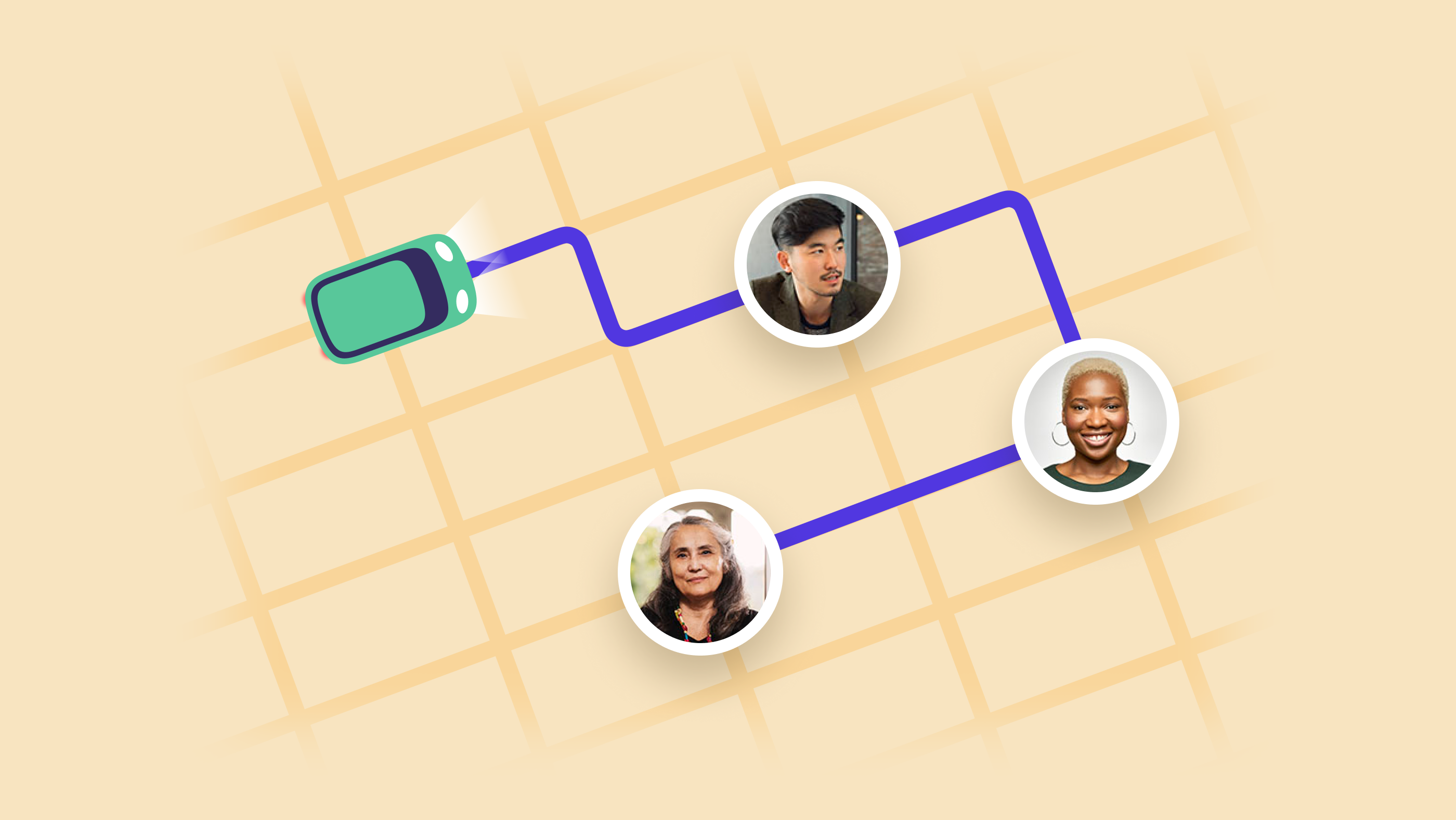 Traditional public transit is pretty straightforward. You have vehicles like buses, subways, streetcars and commuter trains that pick up passengers at set stops and set times. It’s what we call fixed-route and it’s what we use to move large numbers of people in cities. This kind of public transit is great and can be very effective. But because it is predicated on the idea of mass, it leaves entire swaths of the population - those living low-density areas or people unable to access stop-based transit - hanging.

How do we provide transportation to these people without investing in expensive fixed-route buses that end up underutilized?

Microtransit has emerged as one answer. This method of shared transit uses small-scale vehicles like shuttles, minibuses or even regular cars, to deliver transportation to the public. It can be subsidized or private and operated on-demand or on a fixed-route model. On-demand microtransit or demand-responsive transit means that vehicles are only dispatched when there is a ride request. 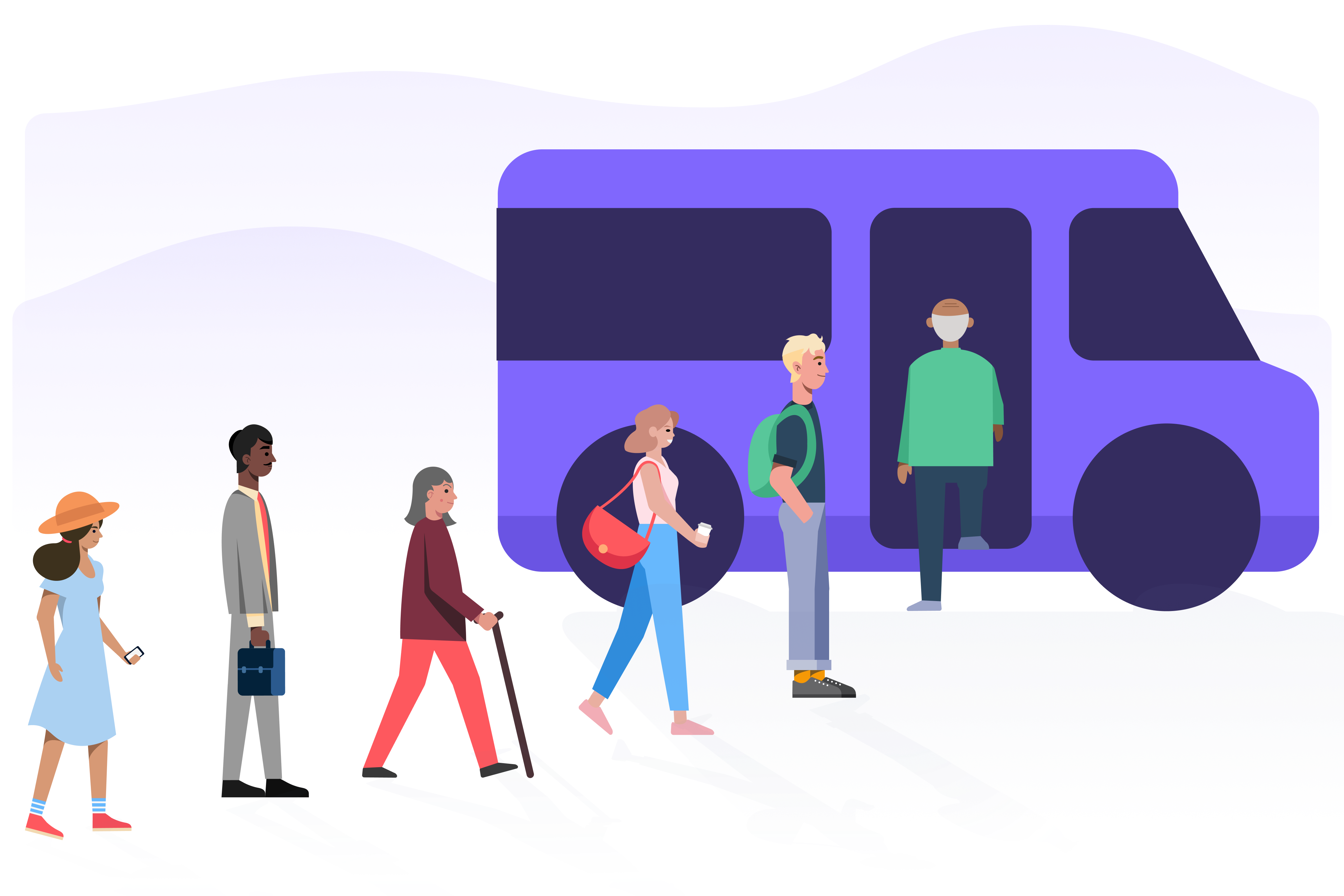 What’s the advantage of on-demand microtransit vs. fixed-route bus, train or tram service? For one, vehicles only circulate when they need to (i.e. there is demand). This reduces traffic and emissions in a city. Smaller vehicles also mean a higher passenger-to-vehicle ratio, reducing the cost of each ride. On-demand microtransit can also service communities where transit agencies tend not to run regular bus routes, or run infrequent bus routes, because it is too unprofitable. By increasing transit to underserved communities in a way that also protects transit agency budgets, we are able to increase access to jobs and services for these populations.

It might seem like microtransit is a truly 21st century phenomenon. The ability to request transit from a few taps of the smartphone certainly helps improve the efficiency and operationalization of on-demand microtransit, but demand-responsive microtransit has existed since the invention of the taxicab in the early 1900s. Transit agencies have used taxis and other smaller scale vehicles to deliver subsidized on-demand transportation for years. Until recently however, they haven’t had the technology to enable on-demand schemes or a larger scale

Today, transit agencies that want to offer modern on-demand transportation do so by automating their operations through sophisticated technology platforms that use historical and real-time data to streamline operations. 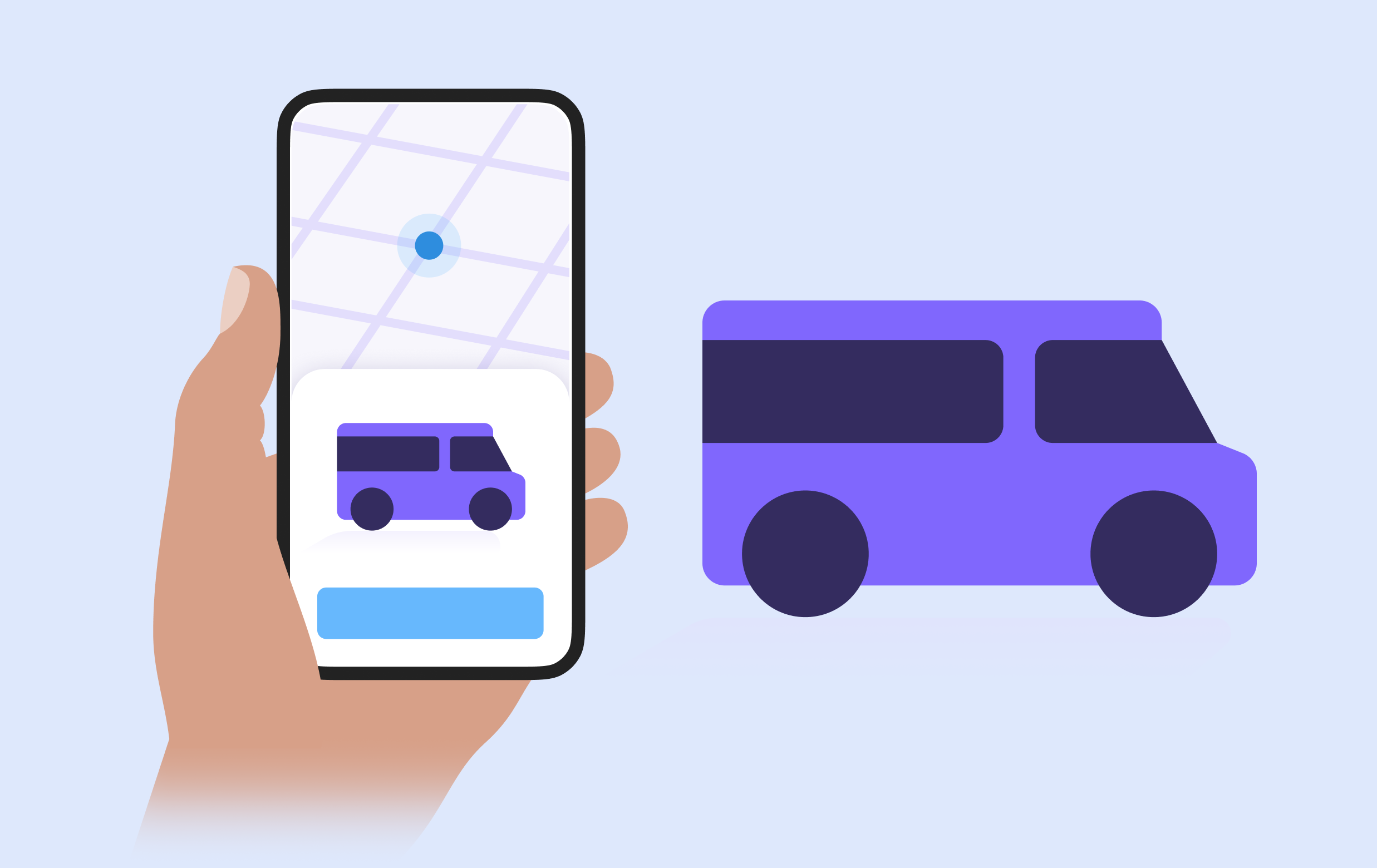 The evolution from demand-responsive transit to microtransit

Tech-enabled on-demand is where this type of transportation service truly becomes what we think of as microtransit. An automated platform takes into account specific rider-needs based on their profile and can field demands in real-time, as well as integrate scheduled trip requests simultaneously. This way of booking, scheduling and dispatching on-demand transit is in-line with our modern expectations established by the ride-hailing innovators. It is more user-friendly than manually-run demand-responsive transit where riders must call in a trip request to a dispatcher who uses a spreadsheet to schedule trips most often days or weeks ahead of desired trip date. 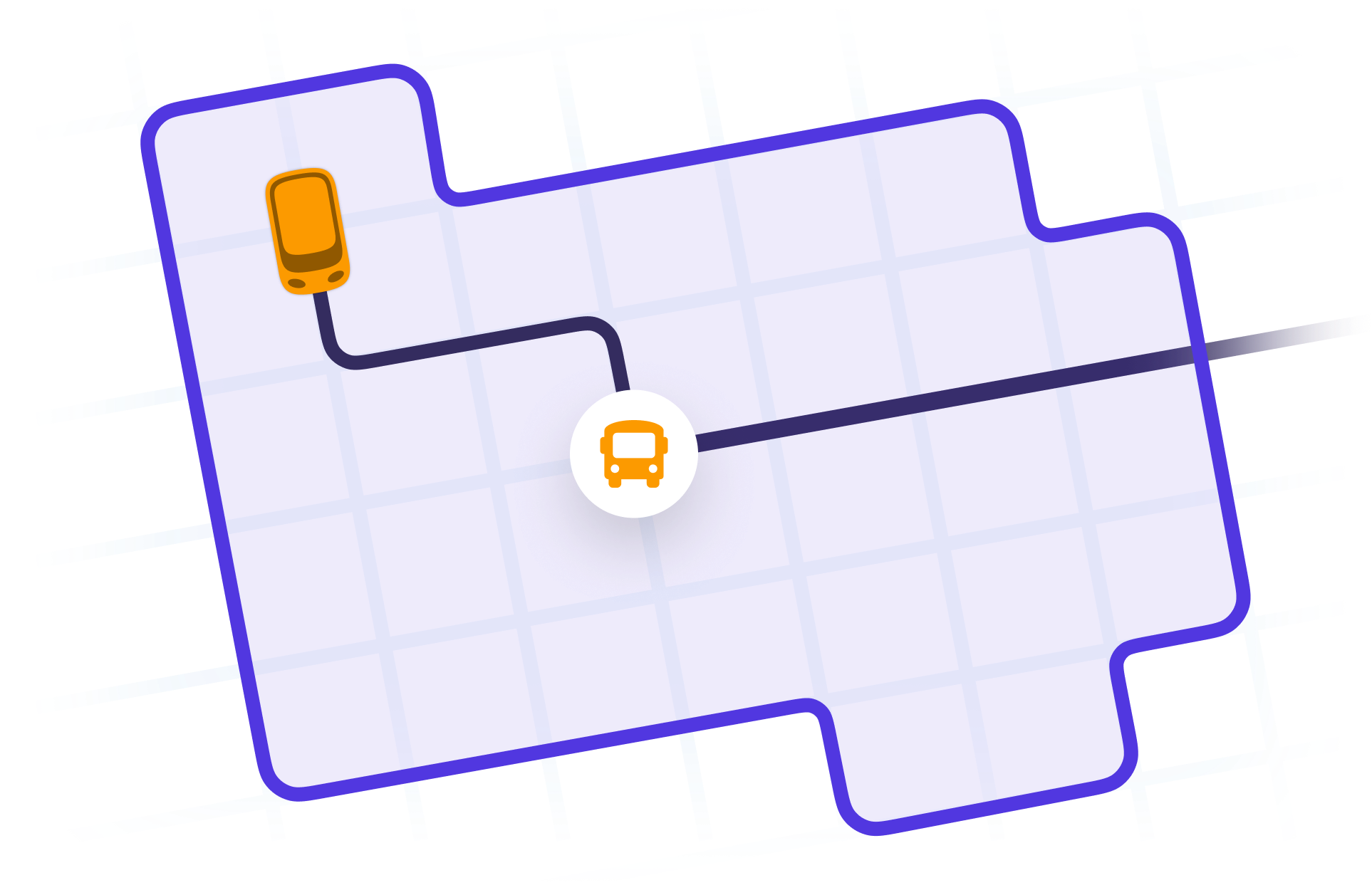 Microtransit and ridehailing - Where is the difference?

In many ways, tech-enabled microtransit is similar to ride-hailing services like Uber and Lyft.

Riders mainly request transit through smartphone apps. The operational platform’s algorithm analyzes all requests against available fleets and dispatches trips dynamically to the most efficient option, pooling people onto the same vehicle along the way. The routing is automated, flexible and efficient – with features like digital payment, seat reservations, and live traffic updates. Passengers can usually catch a ride from a ‘virtual bus stop’ to avoid detours and get a more efficient service.

But on-demand microtransit isn’t ride-hailing because it’s integrated into the larger transit network. When microtransit works well, riders can hop from a shuttle to the commuter train without having to buy a new ticket. Everything is handled seamlessly by the different transit platforms. It’s a holistic approach to transit rather than a siloed one.

That’s why microtransit is often described as a ‘first mile last mile’ solution. It can bridge the gaps between departure and mass transit points and then again to the final destination. There are many different ways transit agencies can configure their microtransit but in most cases all configurations allow them to expand their geographic and demographic reach. 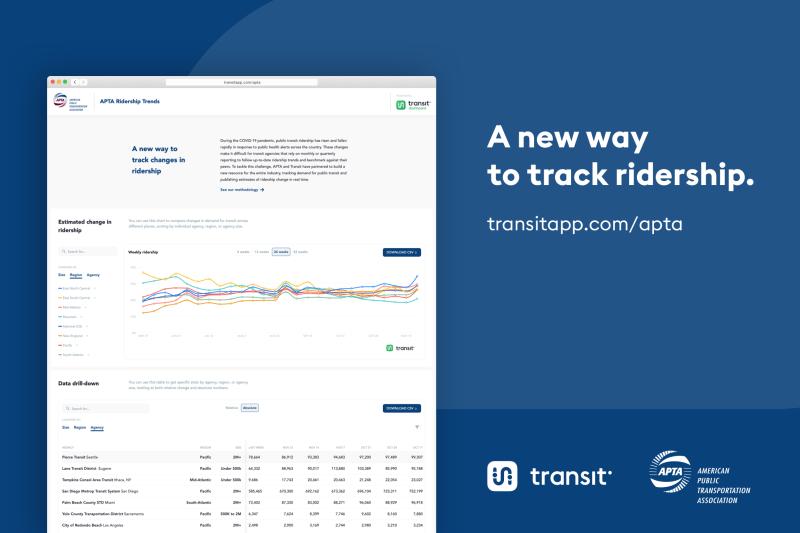 Some transit agencies responded by cutting service altogether. Others opted to cut select fixed-route timetables and implement on-demand microtransit instead. This allowed agencies to continue to offer transportation to transit-dependent members of society, many of whom are essential workers and already face significant obstacles to good transit. Agencies could ensure rider safety by limiting the number of people on board, while also protecting their bottom line by responding to fluctuations in demand more effectively. If demand increased, they could simply increase the number of in-service vehicles either using their own fleet or working with partners like taxi companies to fulfill demand.

Across all of Spare’s services, the uptick in on-demand microtransit services during the course of the COVID-19 pandemic has experienced exponential growth. Between January 1 and November 24, 2020, total weekday boardings increased by over 100%. As passengers gain more and more familiarity with modern microtransit, it will continue to be a viable option for people who otherwise might have taken their personal car or an individual taxi to get to work or a transit hub. Public transit is integral to more liveable communities. When you provide effective collective transportation, suddenly there are fewer cars on the road causing road congestion and spewing emissions. Increasingly transit agencies across the world are pushing to electrify their fleets as well. While this might not be possible for standard buses in the short term, because microtransit vehicles are smaller and less expensive, it’s a more feasible capital expenditure, as the example of rnv in Mannheim, Germany, shows.

Technology-driven microtransit can also help reduce traffic congestion by routing vehicles to avoid busy areas and construction work for instance in real-time. Pooled services, as well as commingled ones - or when passengers from different services categories like paratransit and microtransit - share the same vehicle means that only the vehicles that have to be on the road, are. In Medicine Hat, Alberta, for example, which uses automated microtransit through Spare, the on-demand system has helped reduce the amount of vehicle miles traveled by 75%. While the city has yet to calculate the related drop in carbon emissions, we can extrapolate that  microtransit is having an equally impressive impact.

Public transit for now and tomorrow

Studies show that transit is key to upward mobility and overall better lives. When affordable public transit isn’t available, low-income households and those living in spread out neighbourhoods often have few options: get a car, which might be too costly, or stay put. Finding ways to revamp our transportation networks to provide more flexible options beyond the standard fixed-route paradigm is how we create better and more equal societies. It’s how the bright young kid from a disadvantaged neighbourhood gets to his life-changing internship or how the senior living on the outskirts of a city gets to her weekly medical appointment. Before technology-backed microtransit, access to specialized transit was for the few only. Now, with technology allowing for seamless, efficient and holistic end-to-end networks, microtransit can have a macro impact.