AnnouncementWe’ve been busy at Spare. Check out our new on-demand transit services in Durham, ON, Bellevue, WA and Medicine Hat, AB.Learn More →
Paratransit

Transit with barriers - How tech can break them down

Good public transit is often not reliable, accessible, or affordable for seniors, people with special needs and those from low-income communities. But tech can tackle these barriers head-on.

Traditional public transportation is simple enough to define. It’s a mode that allows a large group of people to travel along a specific route in the same vehicle with predetermined stops along the way for embarking and disembarking passengers. At its essence, it is supposed to be democratic and equal — a mode for everyone. But when we look at the data, and as we develop better tools to understand that data, we’re faced with the hard truth: it’s not.

Good transit and the ability to move easily within a community is fundamental to the functioning of society as a whole. For vulnerable populations in particular — people with special needs, seniors and those categorized as low-income —it’s often a lifeline to better employment prospects, essential services and social opportunities. But transit is full of barriers. Lack of reliable or predictable service, limited or no access and cost concerns keep these groups from fully realizing its benefits.

Technology is one of the keys to breaking down these barriers. Yet most transit innovations, the ones centered around the smartphone, cloud-computing and open-source mapping, (think real-time bus tracking, multi-modal route planning) have done little to address the specific obstacles these groups face. They add a layer on top of a network to make the interaction more user friendly, but the underlying transit system stays flawed and fragmented. By using the same tools, dialing in on the data and re-focusing on the needs of these vulnerable populations, we can start to create a transit landscape that is more equitable for all. 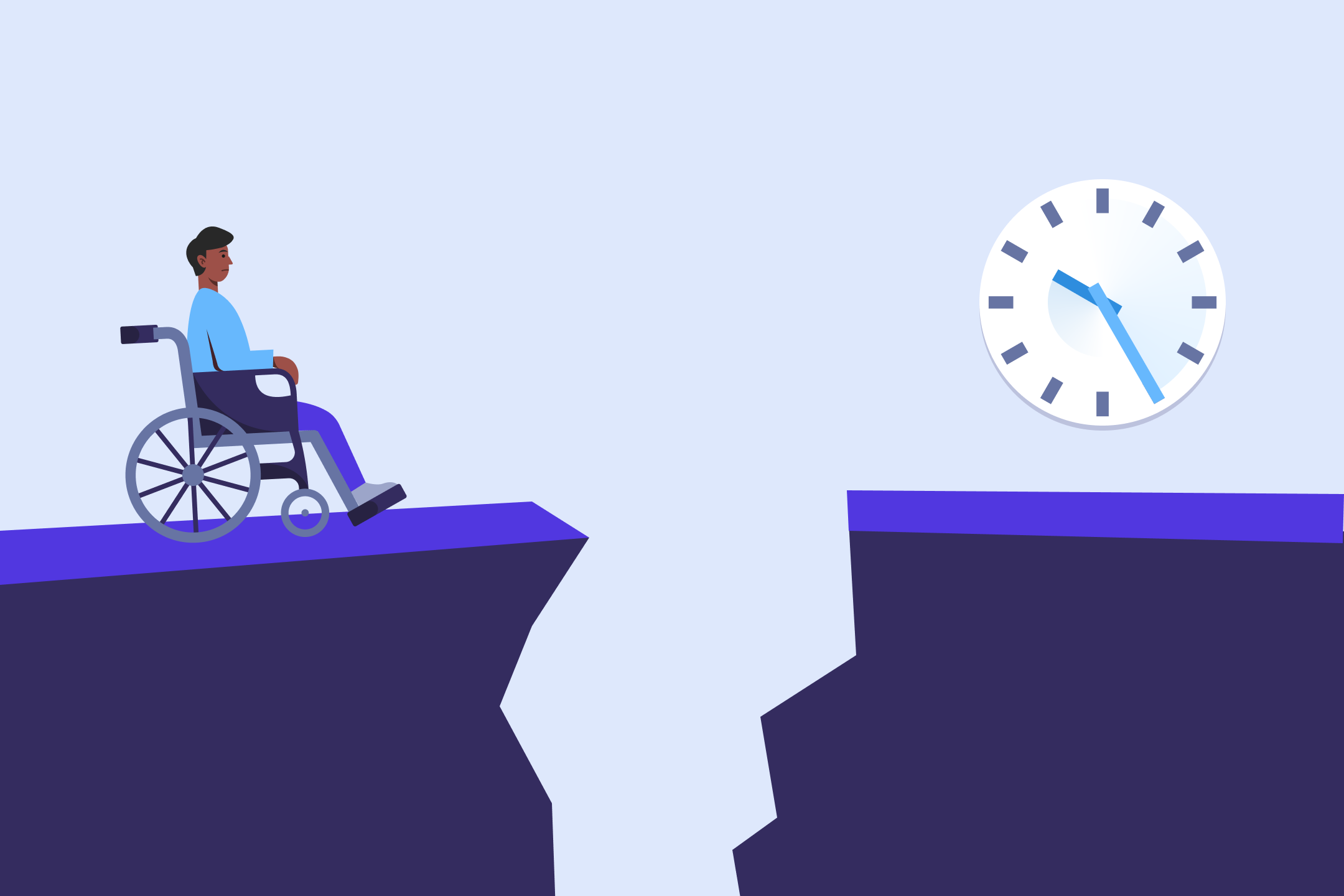 The reliability gap: why manual processes are failing paratransit users

Imagine if before getting on a city bus, you were required to reserve your seat a week in advance by placing a call to a dispatcher (at the same time as 300 other people). And instead of heading to the bus stop at a set time, you were told the bus would show up sometime between 3 and 5 pm with no way to track its location in real-time. That’s the reality for millions of paratransit users in the United States alone. According to the Bureau of Transportation Statistics, 33 percent of people with disabilities say they have no or limited access to public transportation. And for those that do, the unpredictable nature of paratransit systems is a major pain point.

That’s because most paratransit systems are frustratingly limited and analog — at least from the user perspective — with the advanced booking requirement as a standard prerequisite which in today’s mobility landscape is extremely outdated. Standard paratransit software has primarily been concerned with back-end operations, such as routing, scheduling and other operational functions, while neglecting the rider experience.

“We realized we needed to do a better job and provide our paratransit customers with the things they felt they were missing: the ability to self-serve, to get notifications, to track the progress of their rides,” says Carla Cosier, an assistant transit planner for Lincoln, Nebraska’s StarTran.

In April, amidst the COVID-19 pandemic, StarTran implemented an on-demand paratransit service powered by Spare Platform to bring its service into the 21st century. By running bookings through the software, the transit agency increased reliability, improved communication and gave their clients easy-to-use front-facing tools that inspire confidence in the service. Now riders can choose to use an app to book a last-minute trip or continue to schedule one in advance. They also can see when exactly their microbus is en route and once onboard, how far along they are in their journey.

“For those paratransit users — they not only remained at the same service level but from the feedback we received, we’ve been able to increase service level for them,” Cosier explains. 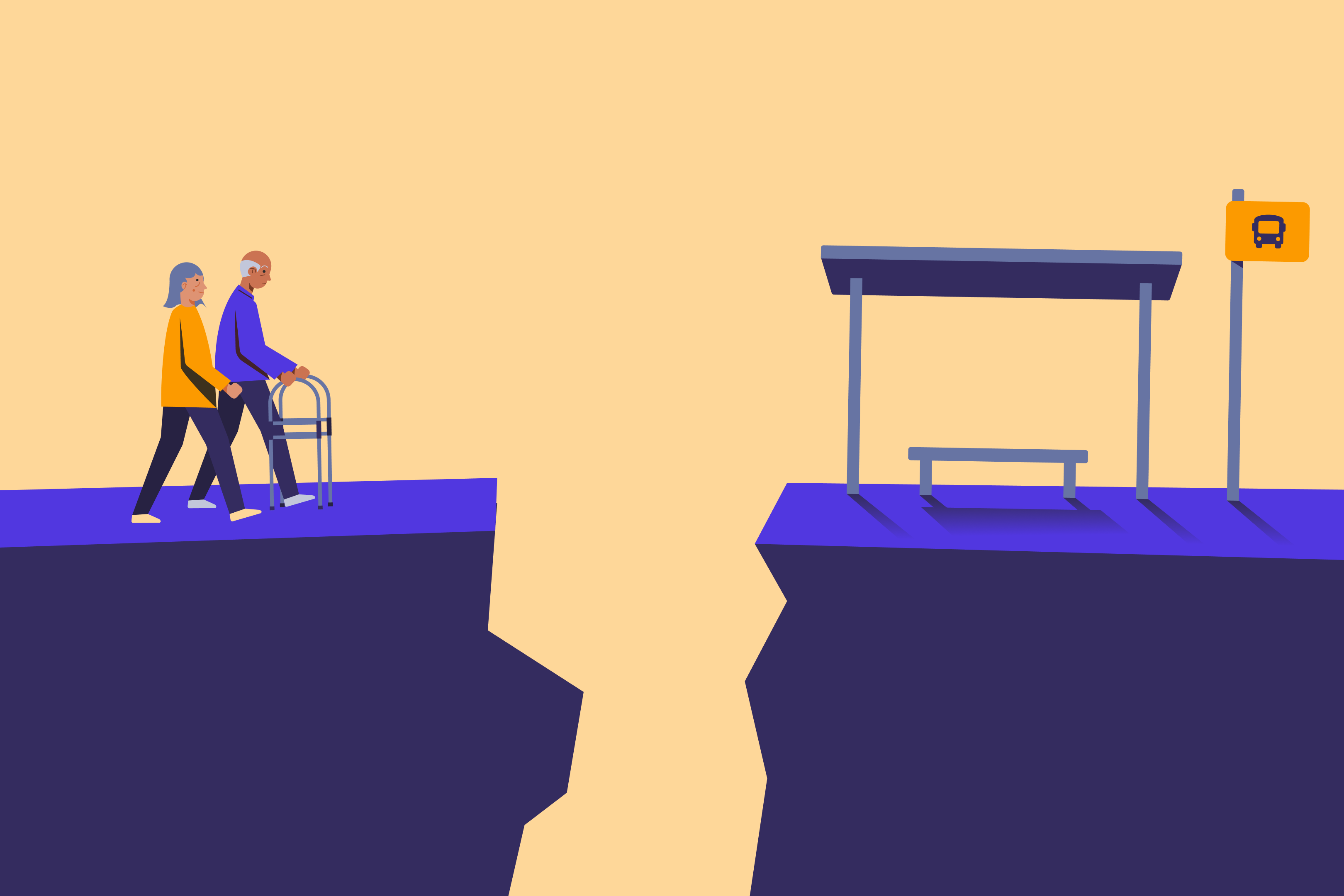 The service chasm: what happens when the most vulnerable populations keep losing out

In many cities, transit has an access problem. Even in major centers with mature networks like New York, entire neighborhoods remain underserved and low-income areas, where residents are often more transit-dependent, are disproportionately affected.

The harmful effects of these transit deserts — the term used when transit demand outpaces supply — are well-known: limited transportation options can constrain job opportunities and upward mobility, which in turn impacts the entire community. It can also stop people from accessing healthcare, food, as well as social services. Though the right to travel is vital to the health of cities, transit planners are now able to better identify these deserts and propose the right solutions.

In 2017, Oslo’s public transit authority Ruter created the Ruter Aldersvennlig Transport (RAT), a door-to-door transportation service for people over the age of 67 using vehicles that can accommodate walkers and wheelchairs. Their goal was to help seniors fight social isolation, which studies show can have a serious impact on cognitive function and overall health.

But when they wanted to expand the scope of the service earlier this year, instead of guessing (and potentially failing to correctly guess) where they needed to focus their efforts, they engaged Spare to do a Spare Realize report instead. By simulating different service scenarios, they were able to clearly identify their transit deserts based on the intersection of demand and areas where seniors with limited mobility struggled to access public transit helping them to triple RAT’s number of service zones by February 2020. 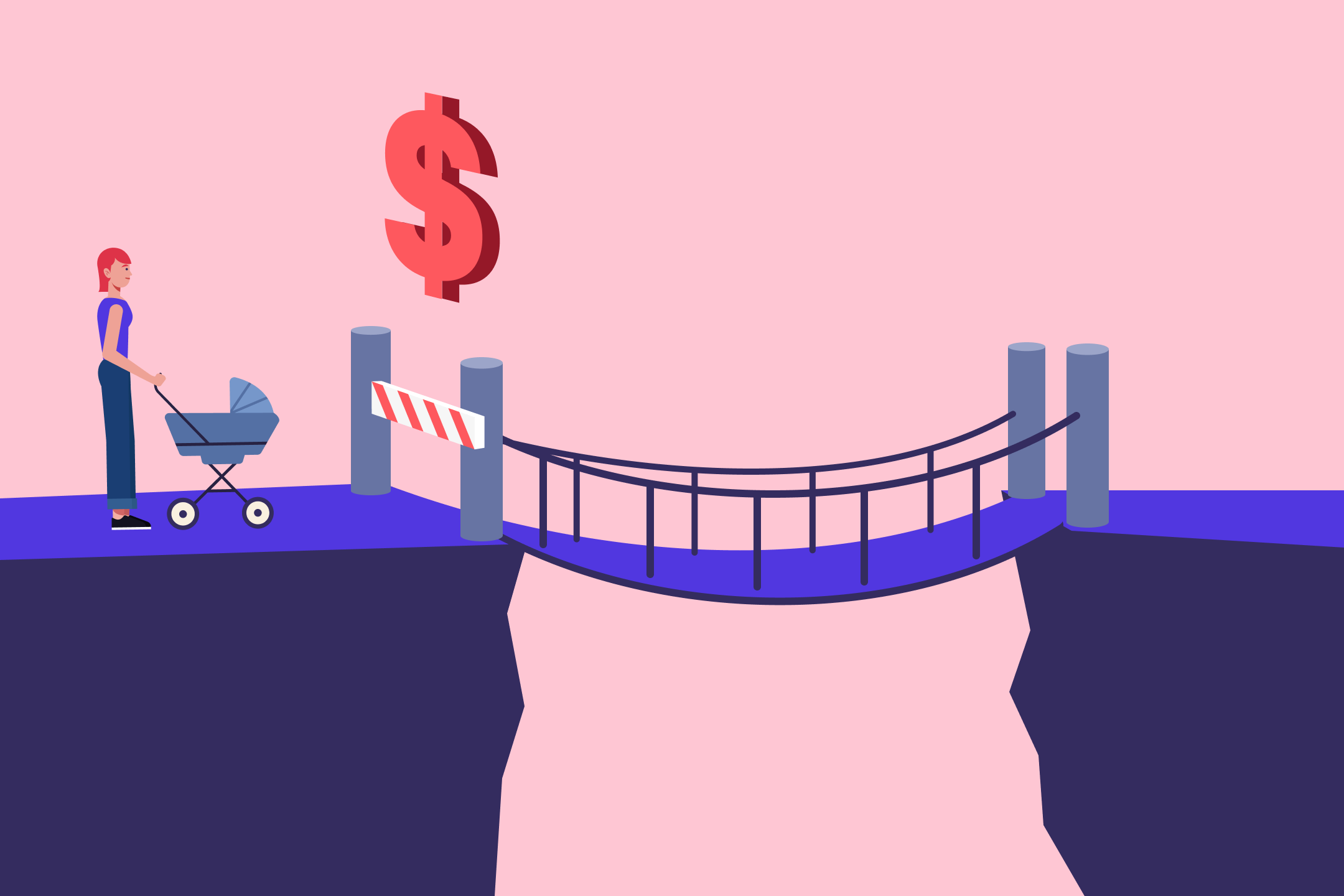 The buck stops here: how cost keeps users down and mostly out

Urban planners generally agree that an affordable public transit system is an important part of a healthy, inclusive city. But the question of affordability varies from group to group based on actual income level and geography. Low-income individuals living in expensive cities generally have little money left over when living expenses are taken into account. In a 2010 survey about Toronto’s transit fares revealed that seniors, people with special needs and others on a fixed income oftentimes would have to decide between purchasing food and a bus or tram ticket.

In another survey of Calgary’s transit users, low-income riders said they often weighed the cost of purchasing a fare or pass against the fines levied by authorities for failing to pay. Almost 40% revealed that these levies would not deter them riding without paying because they simply couldn’t afford the fares. The ability to pay for your bus or subway ticket isn’t just an issue for people in developed countries. In emerging cities like São Paulo or Rio de Janeiro, 20 percent of low-income urban residents are too poor to afford public transport.

But, we have to admit that tech ultimately cannot solve every barrier to transition. For low-income groups, the single most effective measure could be to introduce lower fares. However, by employing modern software that improves operational efficiencies and thinking beyond the traditional fixed-route bus paradigm, transit agencies can reduce costs significantly and pass those savings on to passengers, helping to make services more affordable for all. Accordingly, technology can induce operational cost-savings that trickle down to the riders if the local context and particularly resource availability, politics, and budgets allow.

In Lincoln, at the same time as launching free of charge on-demand paratransit, StarTran also launched an on-demand microtransit service as a reliable and affordable response to the impact of COVID-19. This allows the agency to pool riders, and share dedicated fleets and drivers, across both service categories, otherwise known as commingling.

It is anticipated commingling will bring StarTran’s operational costs down by 33 percent and its scheduling/dispatching costs by 25 percent, so it can do more with the same budget. With this approach, vehicles are riding with more passengers than in a classic on-demand scenario, which ends up costing agencies more per rider, making it difficult to maintain affordable fees.

It can get better

On top of the service-level barriers, there are logistical and psychological ones as well. For vulnerable groups and ones with special needs, the type of transit vehicle used — whether it is wheelchair accessible or not, the assistance required to take transportation, the physical difficulty in handling cash fares or tap passes, as well as the anxiety stemming from past negative experiences, also impact transit use. Current trip planning apps, which are the main focus of consumer-facing innovations in the transit space, do little to address these challenges either.

By better understanding the barriers different people face in making transit part of their daily lives, and trying to dismantle those barriers with the kinds of flexible, data-driven solutions Spare offers, we can bring better transit to those who need it most.