How to design safer public transit in response to COVID-19

How do you maximize the safety of your riders and drivers when you run transit during a pandemic? 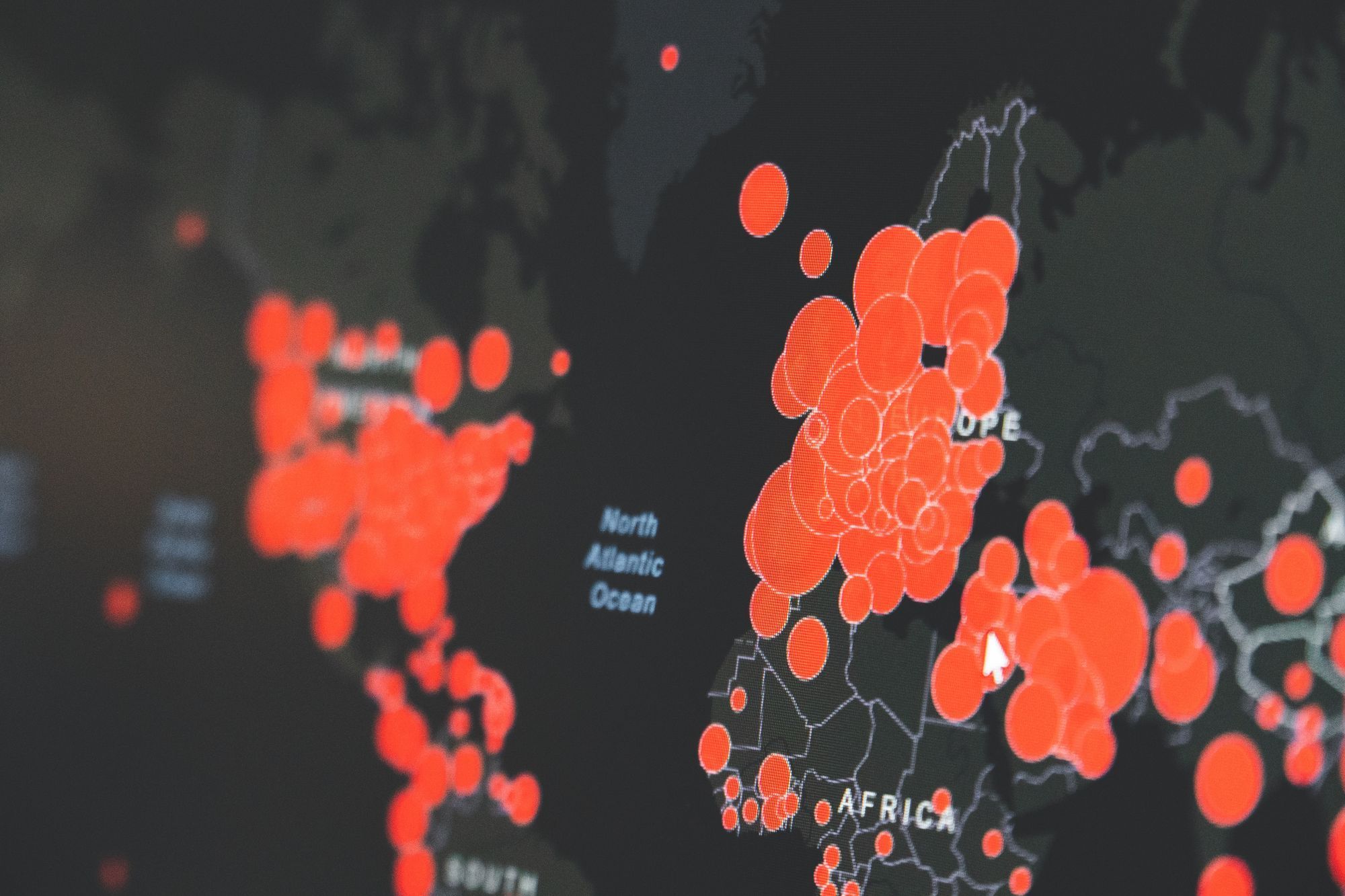 These are uncertain times, so those of us at Spare want to help by doing what we do best: move people from A to B in a safe and efficient way. The goal of this blog post is to help transit agencies rapidly respond to a fast-changing environment in a way that maximizes the safety of their riders, drivers, and wider communities.

In order to do this, we share our thoughts on the five main ways transit can adapt – and microtransit can help – in response to the COVID-19 crisis:

An unprecedented challenge for transit agencies

The COVID-19 crisis is placing huge pressure on economies and societies globally. We recognize that this extraordinary situation presents significant challenges for transit planners in particular. When your day job involves running hundreds or even thousands of fixed bus routes, you face existential questions about your transit network: should you cut all services? Keep key routes running with reduced frequencies? Combine fixed-route with on-demand transportation? And what are the knock-on effects of your decisions on the community and local economy?

With many transit agencies around the world facing a huge drop in ridership and eye-watering financial losses since the start of the outbreak, these conundrums are very real. At Spare, we are dedicated to helping our partner agencies design an effective response strategy to the COVID-19 crisis.

We have worked closely with epidemiologists from the London School of Hygiene and Tropical Medicine to question our assumptions and give recommendations based on the best science available. At the same time, we have tweaked our systems and built operational plans to enable the launch of on-demand transit anywhere within 72 hours. We are now driven by a new mantra: to slow the spread of the disease while leaving nobody behind.

Given the limited capacity of healthcare systems to cater to huge numbers of infected patients, scientists are urging governments to take measures to ‘flatten the curve’ of the epidemic. Spreading out infections over a longer time period means fewer people require care at the same time, which reduces the burden on hospitals and clinics.

China’s approach of rapid and widespread testing, followed by strict quarantine measures, may have helped to control the spread of the disease. Other countries are taking a different tack by enforcing total shutdowns of public spaces and facilities, in the hope that social distancing might flatten their curves; time will tell if this approach is successful.

Among all the factors contributing to the spread of COVID-19, one of the most important is the movement of people through cities and across borders. Since the virus can spread easily between people in close proximity, mass transit can become fertile ground for infection.

The mixing of different population groups (‘social heterogeneity’ in scientific lingo) could be problematic in this outbreak. If a teenager unwittingly carrying the virus sits next to a senior on a bus and infects them, the outcome can be serious: mortality rates are around 20% for those aged over 80. What’s more, it is almost impossible to trace the contact an infected person has had with others through the transit system.

However, people still need to move around their city, in particular the healthcare workers who care for patients. Without them, the capacity of hospitals and clinics would be critically diminished. Others need to travel safely and conveniently too: those seeking medical help, for example, or those with mobility challenges who need to access certain facilities.

We propose a solution that blends fixed route transit with on-demand microtransit. Both modes have their advantages and drawbacks in the context of this pandemic, but we believe that shrinking fixed routes and boosting microtransit can help to transport those who need to get around most urgently, all the while helping to slow the spread of the disease.

Let’s explore the five main ways microtransit can do this.

Many transit agencies and private transportation providers have responded to the outbreak with drastic measures. Washington, DC has cut most bus and rail routes, some Spanish towns are replacing public transit with dial-in services, and even Uber and Lyft have suspended carpooling.

While keeping transit openly available risks further spreading the virus, a complete shutdown of transit would likely lead to a collapse of the healthcare system. Flattening the disease curve makes little difference if critical health personnel are unable to commute to work or become infected themselves, or if infected people cannot even access hospitals and clinics for care.

Simply downsizing fixed-route services, or restricting transit access to healthcare personnel only, is not a solution by itself. Instead, agencies should run their fixed-route services at a much lower capacity than usual, to maintain sufficient separation between riders, and supplement them with flexibly routed microtransit shuttles.

Core zones of high transit supply should be designed around hospitals and clinics, while zones of on-demand microtransit supply can serve the rest of the city on an ad-hoc basis.

This setup has three main advantages. First, it allows healthcare workers to commute conveniently in order to respond most rapidly to demand. Second, it minimizes the risk of infection hotspots developing in ‘transit deserts’ where residents cannot access medical services quickly enough (these areas are often disproportionately home to vulnerable populations such as seniors and low-income residents). Third, its inherent flexibility means the system can respond immediately to outbreaks in certain neighborhoods, without transit planners having to constantly redraw services.

While microtransit may not provide the same capacity as traditional fixed-bus routes, in times like these we must make sure that the right people are moved safely around our cities.

2. Decentralizing the risk of collapse

On-demand microtransit decentralizes the risk of transit systems collapsing due to worker absenteeism. If qualified drivers and operators cannot turn up to work, transport hubs could become cut off from entire neighborhoods that are only served by low-frequency fixed-route transit. This does not happen with an on-demand system: when one vehicle is taken out, the transit network can keep running, with minimal impact on waiting and travel times.

When designing a transit network based on cores and peripheries, as we outline above, it is important to maximize the resilience of that network. We suggest transit agencies should operate fixed routes at reduced capacity in the core zones, supplemented by microtransit, while only microtransit should be used to flexibly serve the periphery. This balances operational, coverage and financial considerations for the agencies.

Although microtransit is more flexible and nimble than mass transit, we acknowledge it does have its own shortfalls and safety risks. In the next three sections, we propose additional protective measures to deploy as part of a pandemic-ready microtransit network.

Social mixing is part of everyday life, but it can be dangerous during a pandemic. When disease spread is confined to homogenous groups (i.e. people are similar in terms of age or immunological status), infection rates can quickly decline after a short infection peak. However, when large, mixed groups interact together, fit and healthy individuals that more easily withstand infection – and who are often unaware they are infected – act as super-spreaders among more at-risk groups.

A new feature we are developing at Spare helps agencies to segment riders into groups that minimize their risk of contracting or spreading the virus. Dedicated services can then be assigned to each group, and even according to particular medical needs (e.g. respiratory services or A&E).

Our algorithms can also prioritize specific locations, such as hospitals and pharmacies, to ensure healthcare personnel are routed as quickly as possible to their workplace when trips are pooled.

The relatively small size of microtransit vehicles can result in riders sitting in close proximity to each other. Even when trips are not pooled, riders can indirectly come into hub contact with the virus by touching vehicle surfaces, which can stay infected for up to 72 hours. This could adversely impact the effectiveness of any social distancing measures.

To minimize the risk of in-vehicle transmission, agencies may decide to restrict microtransit access to riders who do not show any symptoms of infection. This could be achieved through in-app screening or on-vehicle testing. For example, mandatory body temperature checks could be imposed before a rider or driver enters a vehicle, as was used in South Korea to great effect. Voluntary swab tests could also be provided on boarding, and questionnaires could be delivered within the rider app, to monitor the evolution of rider-reported symptoms in collaboration with municipal health authorities.

Beyond screening and testing, the spread of the virus within vehicles could be minimized through regular disinfection at specialized ‘pop-up’ maintenance stations throughout a city. Protective equipment such as face masks, gloves, and hand sanitizers could be distributed on vehicles.

Behavioural nudging may also play an important role in tackling the spread of infection. Screening educational content in vehicles and via transit apps could transform microtransit into a campaigning tool to promote safer behaviour. This could include tutorials and short videos on good hygiene practices and ways to tackle mental health issues related to social isolation.

From an operational standpoint, transit agencies may choose to impose lower rates of pooling in their vehicles, to enable more effective distancing between riders. This would entail maintaining a higher capacity than normal for a given demand, which could be costly to the agency. However, the knock-on savings to the healthcare system, and society at large, could be huge.

In spite of the precautions outlined above, some infections are likely to slip through the net. In such cases, it is crucial to be able to identify chains of infection.

At Spare, we are considering how data can help health authorities trace the contact of an infected individual with other riders and drivers. Such a tool would allow agencies to identify direct and indirect exposures to the disease through time.

This would empower municipalities and health agencies to take precautionary measures all along the infection chain, by contacting potentially exposed riders, performing targeted testing and deploying healthcare to at-risk individuals.

We are keenly aware of the ethical issues involved in tracing the spread of the disease via individual transit movements. That is why we are working with our transit partners, municipalities and academic researchers to design a solution that balances riders’ privacy rights with broader needs to contain the spread of the virus.

While microtransit isn’t the only solution to the challenges transit is facing, we do believe it can greatly help. If you work at a transit agency who is already operating existing microtransit services, we would encourage you to reach out to those companies you are already working with locally.

If you need any rapid response support, we at Spare would be glad to provide help. Feel free to reach out to us at [email protected]. We’re here to help you.