Key highlights from Spare’s webinar: “Managing change: How to optimize your paratransit with automated tech”

How is on-demand transit technology reshaping the future of paratransit? Why is it important for transit agencies to innovate, how can they best incorporate innovation into their processes and how does it impact ADA compliance? These are some of the questions tackled during Spare’s webinar “Managing change: How to optimize paratransit with automated tech.”

“There are two groups in the paratransit industry. One is still doing it the old-fashioned [manual] way  — they’re starting to fall a little behind. Then there are the agencies that have invested in order to add technology to their operation. I think they see a really bright, exciting future [for paratransit],” says Jess Segovia, founder of ADA Guru, which helps transit agencies achieve ADA compliance.

Their overall message: technology that allows transit agencies to automate paratransit operations, communication and eligibility, as well as offer on-demand service,  will drive efficiency and a superior experience across the board. 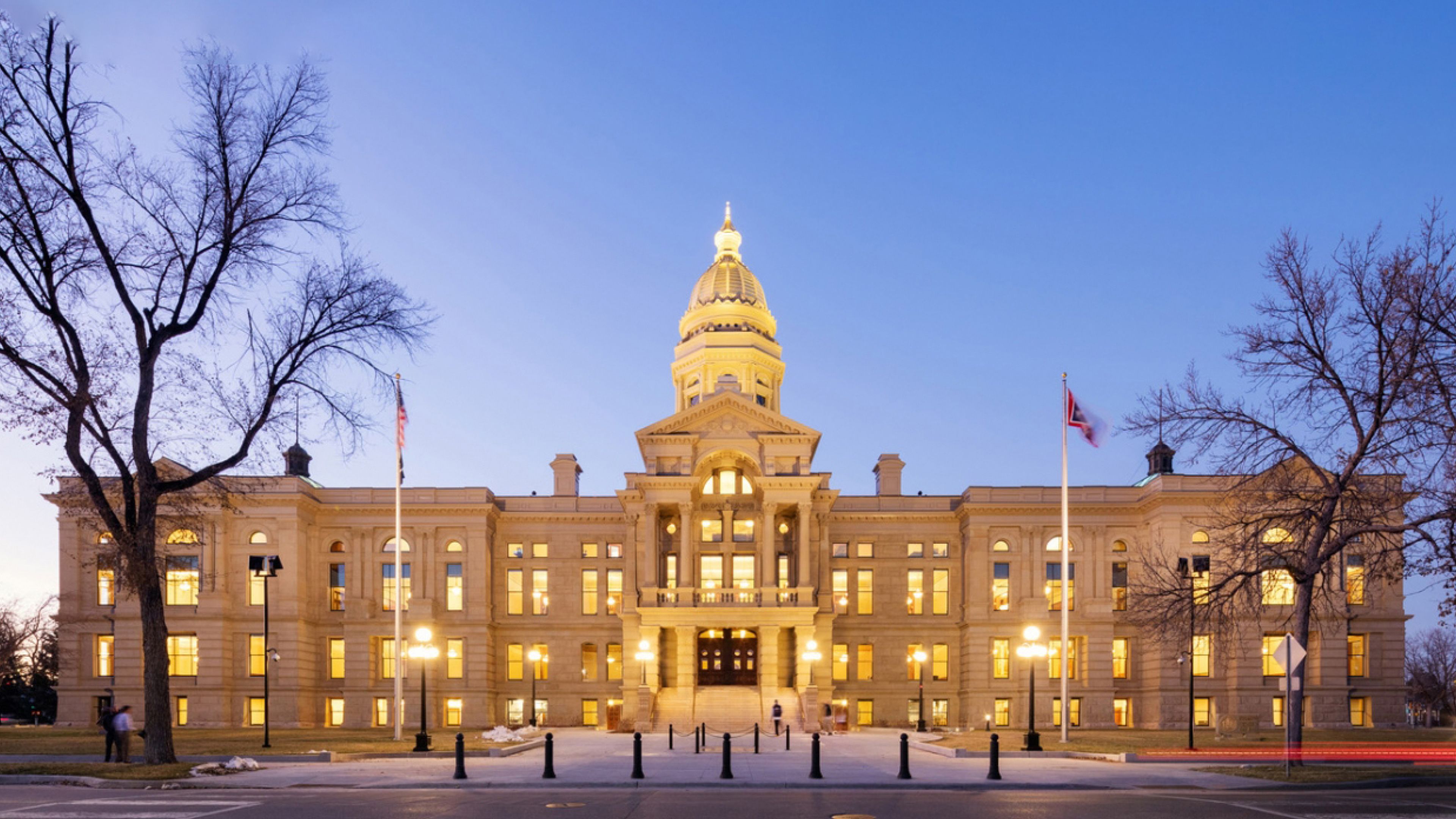 Efficiency for all stakeholders

In 2020, CTP took a leap of faith and upgraded from a manual on-demand system to Spare in just a few days. It was a decision born out of sheer necessity after the agency canceled its fixed-route bus services at the height of COVID-19, opting to replace it with on-demand microtransit and paratransit.

The agency’s dispatch services quickly became overwhelmed. “I had dispatchers threatening to quit… I had to find a solution,” says Renae. With Spare, riders can now book transit through an app or call in, which means dispatchers are spending half as much time on the phone, she adds.

Riders are benefitting too. Before, when all scheduling was done with the equivalent of pen and paper, there were a lot of inefficiencies. “A lot of rides were not being provided because we couldn’t group them together,” Renae shares.

Today, the software permits CTP to offer ADA-compliant paratransit and regular on-demand microtransit using a commingled fleet, which has increased the average boardings per vehicle by almost 60% since the agency first started using Spare.

“Our ADA people can schedule their trips two days in advance but we also have standing orders… Then we do same-day ADA paratransit and general public transportation as well, all with one service and one group of vehicles,” she explains. Microtransit customers are only eligible for stop-to-stop service while ADA paratransit riders still benefit from door-to-door pick-ups.

For Josh, CTP’s approach is ideal: “We're able to keep that for the ADA service and then also provide the microtransit service... We find a lot of efficiency gains when we have all the different options. People are scheduling and those on-demand trips can fill in the gaps as the day goes on.”

Ultimately these efficiency gains mean a less expensive system. “Traditional paratransit can cost as much as three to four times more than fixed-route buses,” says Tina. “All of us know this and it has been happening for years. Why not try to utilize technology to improve and drive down these costs? That’s what we’re seeing [happen] with on-demand paratransit technology.”

For CTP, the move to Spare was really easy and has allowed anyone in the team to pitch in, further alleviating stress on the agency’s dispatch team.  “Our front office person is actually scheduling now from her chair,” says Renae.

While ease-of-use is important, transit agencies still need to take the time to communicate internally and externally with different stakeholders. Driver training is especially key, says Josh. “Drivers really need to understand how the system works because they're the ones interacting with it for eight hours or more a day.”

Leading up to a change, transit agencies also need to keep riders in the loop, he adds. “They need to let them know: Hey, this is happening, this is how you can interact with the tool, how you can call and get notifications in the app.”

While agencies have an imperative to communicate technology change, the technology itself will de facto enable better communication and engagement between riders and the agency.  “Agencies will hear from their customers more often, whether it’s good or bad. They will understand the issues that they are experiencing and hopefully be able to resolve them,” explains Tina. 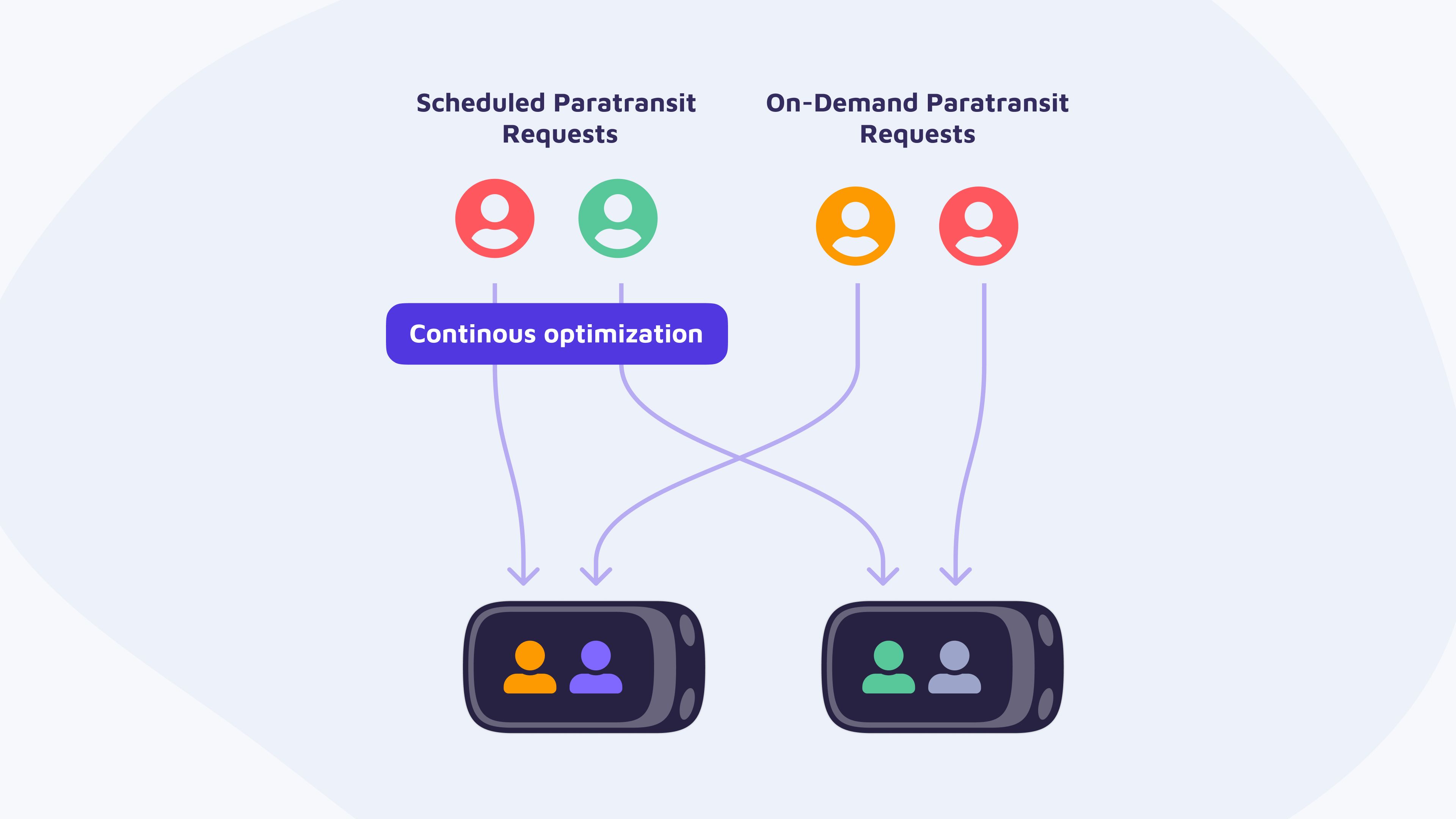 Pick-up windows and advanced scheduling requirements are some of the biggest pain points of legacy paratransit systems. On-demand enabled paratransit that uses real-time routing, tracking and communication ultimately give riders freedom and a better quality of life.

“That’s been one of the biggest targets for our paratransit riders. They don't have to depend and wait. They can go grocery shopping or go out with their friends [whenever they want] ... These are exciting times for riders,” adds Renae.

While some might argue that paratransit riders aren’t app-savvy, Tina begs to differ. “Paratransit riders use apps every day. Besides, you can also deliver information via SMS, an interactive voice response system or they can look at the website.”

From an operational standpoint, giving drivers their own app and providing real-time routing helps reduce a lot of their stress. “I was leading a series of training for a large ADA paratransit contractor… and some of the [drivers] were sharing how they were being dispatched to three trips all within the same pickup window, and they knew they could only make it to one,” says Jess. 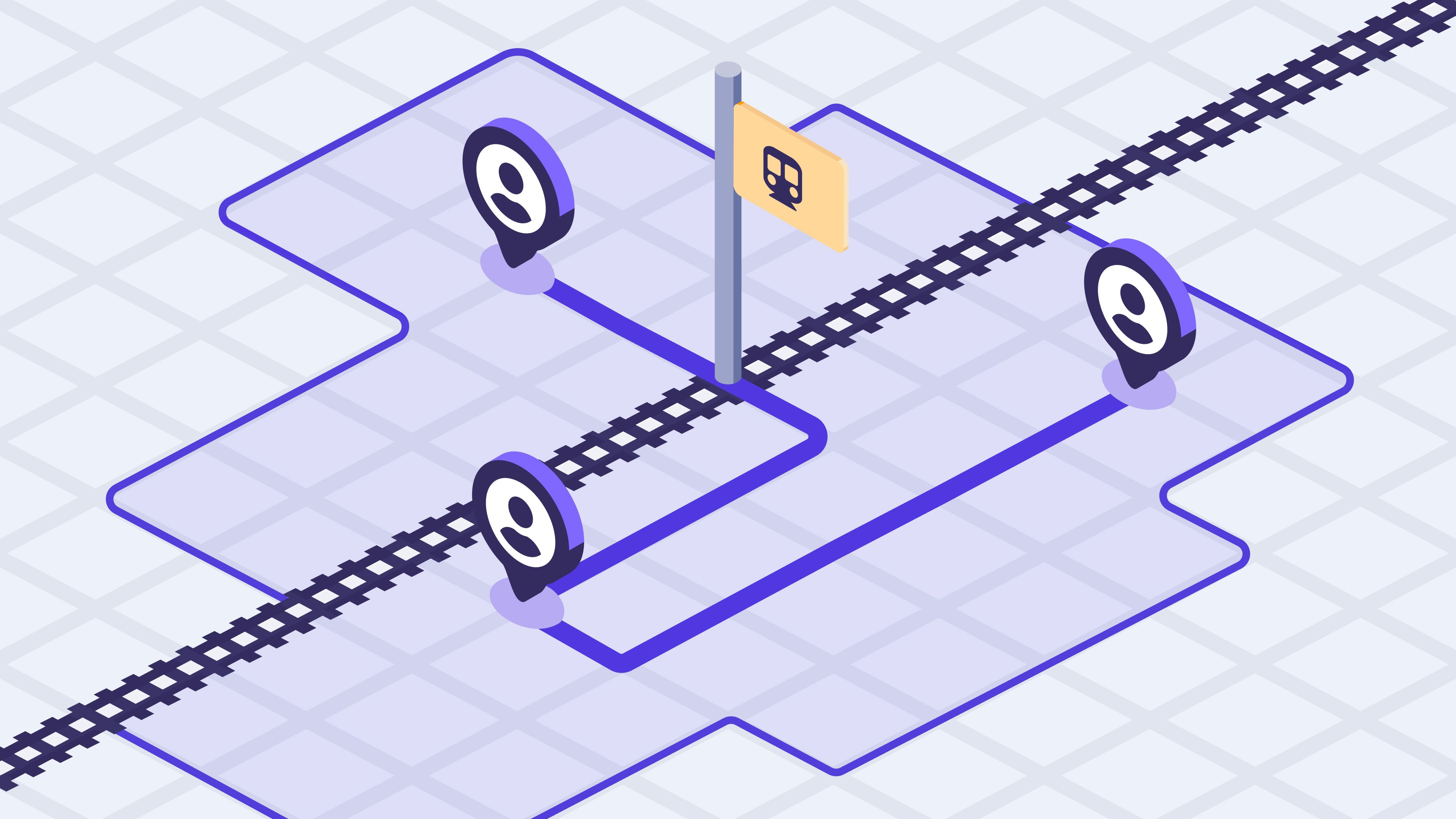 While Renae’s organization didn’t have the time to pilot on-demand paratransit and microtransit before switching to Spare, it’s something she encourages others to do.  “You should do a pilot if it's possible because it does teach you a lot. I mean, we're in Cheyenne, Wyoming, and what works in other places doesn't work here."

Tina agrees and is a big proponent of testing and using a pilot as a proof of concept. “Testing is going to be risky, and you can and will fail… but even the best processes that have been developed five years ago are now antiquated and will need to be changed to sustain your riders.” Not changing the system, she notes, is an even bigger risk

End-to-end pilots can help agencies determine if they need to modify their service, as well as discover potential problems. “One deployment we did at an agency actually failed not because of the application. It failed because the air conditioning system in most of those vehicles needed to be fixed... The point is, it is important to do tests to make sure that your rider's experience is going to be what you hoped for,” she says.

Innovation is ushering in the next wave of transit pros

Jess says technology is going to impact who and how transit agencies hire. “If we’re moving into the future and embracing technology, I think we’re going to start seeing those without specific transit experience but who are tech-savvy and have the ability to troubleshoot.”

But technology providers with big ideas on how to revolutionize transit as a whole, also need to be aware of how mobility works and not create siloed environments. “We are going to have so many more players … We already have issues with compatibility of systems and the sharing of data... We need to consider open-source formatting  as some kind of industry-standard so we don't hit roadblocks in the future.” A closed system might actually discourage transit agencies from investing and embracing new technology in particular as cross-regional mobility management becomes increasingly important, Jess explains.

Flexibility is really key as well, when it comes time to choosing a tech platform, Tina adds. “Does it have virtual stops? Are you able to go door-to-door? Can you have different zones?... How is communication, especially on the front end? Can I put my brand on it? Can you get analytics and the reports that you need? What about eligibility? Is there any eligibility module to support [paratransit] operations?”

Jess concurs: “I think our industry is ready for a system that will help make the [eligibility] determination based on the observations, on the data entered and whatever information is provided by the doctor.”

You need a change management cheerleader

Transit agencies that want to innovate their paratransit operations need an executive sponsor to spread and influence this change, says Tina.

“Your organization must [also] understand that the only way that they can get innovative is when they give up on the traditional way of envisioning services, their technology, procuring opportunities and delivering results. Innovation doesn't have to be expensive. It can be actually focused on customer service improvements and automating internal processes.” 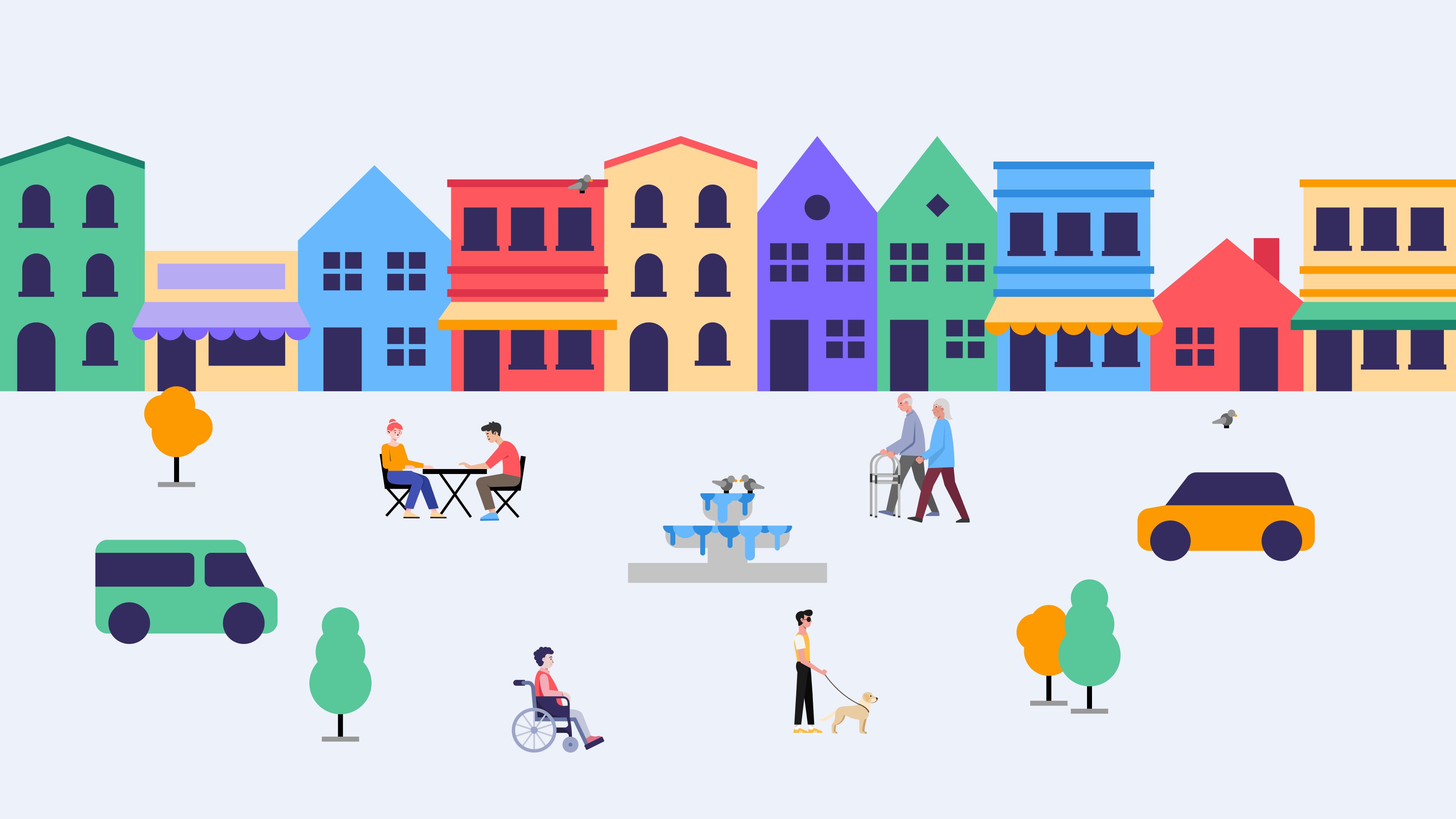 There might be concern from transit agencies that adopting automated technology and taking an efficiency-boosting approach like commingling might nullify their system’s ADA compliance. Not so, says Renae.

“Because we are providing [equivalent] service to everyone, there really are no ADA regulations we have to follow,” she explains, adding that the agency still chooses however to allow scheduled bookings and door-to-door service for ADA-qualified riders.

For Tina, the future of paratransit means just this — ensuring riders that need it to have the same seamless experience as those using the fixed-route system. “Transit has a social responsibility, especially to an aging population, to help meet the rider’s needs by creating more frictionless travel…. So an individual that needs paratransit doesn’t necessarily have to use a paratransit vehicle… They’re able to connect maybe to on-demand microtransit or fixed-routed services [using] a wheelchair.”

“There are a lot of things that the ADA allows us to do,” Jess adds. “Maybe because it's difficult or we don't have expertise within our agencies collectively, it just looks like we haven't made these choices, but there are still so many choices that we can make.”