How to Manage Conditional Paratransit Eligibility 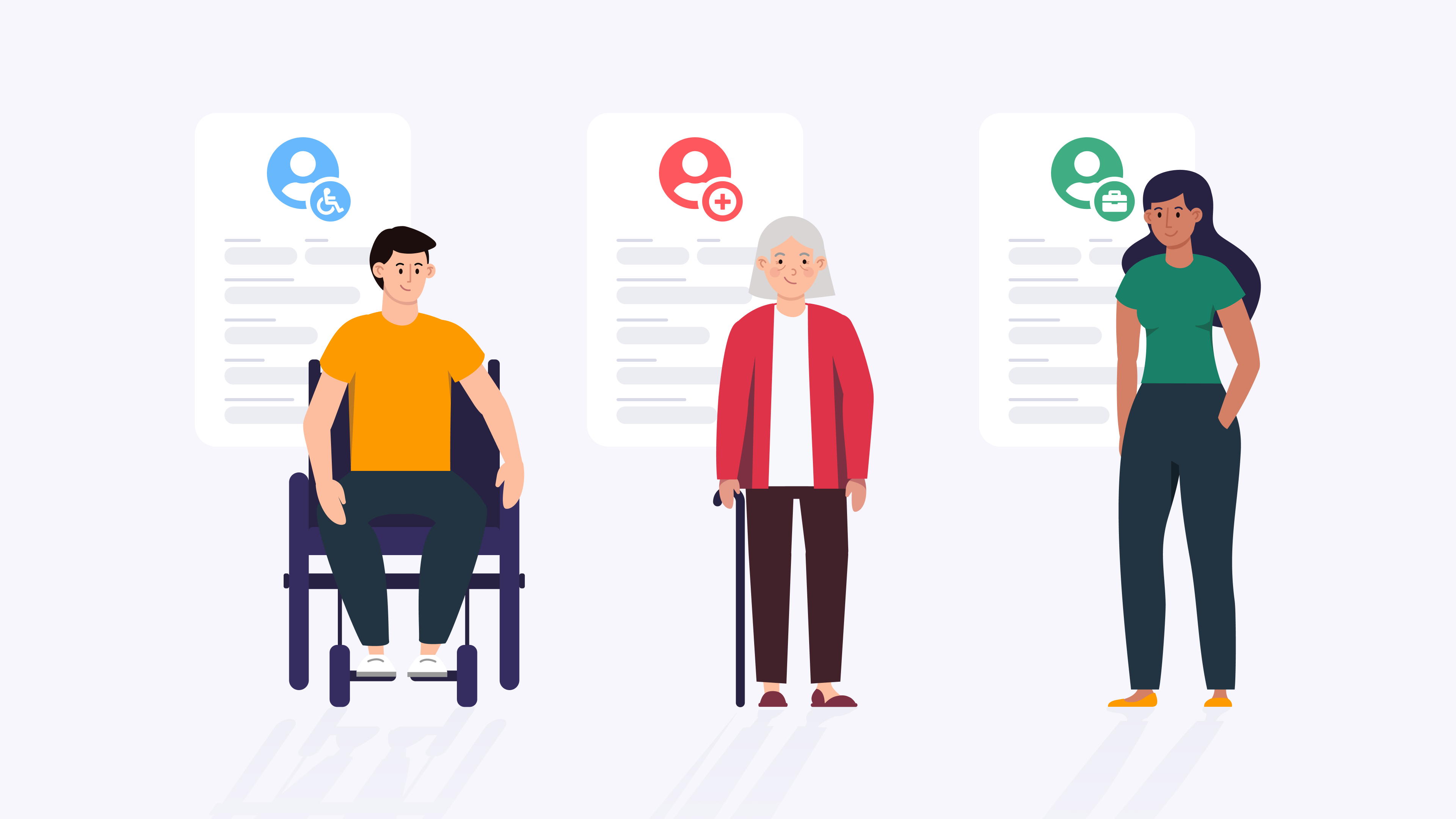 A paratransit service is likely to be made up of riders with different needs. In order to offer the right service to the right person, transit agencies need to first establish their eligibility requirements. The Americans with Disability Act, which governs ADA paratransit in the United States,  splits eligibility into three general categories: those who can’t navigate the transit system independently due to a cognitive or physical impairment; those who require an accessible vehicle to use the system; and those who can’t get to a bus or train stop due to a disability.

When a rider applies for ADA paratransit, the agency needs to decide where they fall within this framework. Once an application is accepted, the transit agency can grant them unconditional eligibility to use paratransit at all times and likely in perpetuity; conditional eligibility which allows access to the system only under certain circumstances (like during inclement weather); and temporary eligibility for riders who might need wheelchair accessible transit for a short time due to injury but who can otherwise use the regular bus service.

Unconditional eligibility is pretty straightforward to manage but conditional and temporary can be more challenging. The simplest way to manage permissions for different riders is simply to slot them into different rider groups. A senior who needs to get from point A to B but cannot walk to a fixed-route stop during the winter would fall into the conditional group and be allowed to take paratransit instead, while a high schooler who broke their leg in gym class and is in a cast for six weeks, would be considered temporarily eligible for paratransit.

You can imagine, however, that when there are several thousand riders and applications in the mix, the task of managing paratransit eligibility becomes quite tedious and complicated.

A good database is paratransit’s best friend. Without one, eligibility management is just not possible. With today’s technology, transit agencies are finding that they can create a more efficient eligibility process by marrying automation and data. That’s what Spare Engage does — it's a data management platform that allows agencies to qualify riders for paratransit based on ADA guidelines. Each rider has their own profile saved in the system, which includes their basic information, digitized assessments, their mobility and service needs, whether their application has been accepted or not, and their eligibility status. 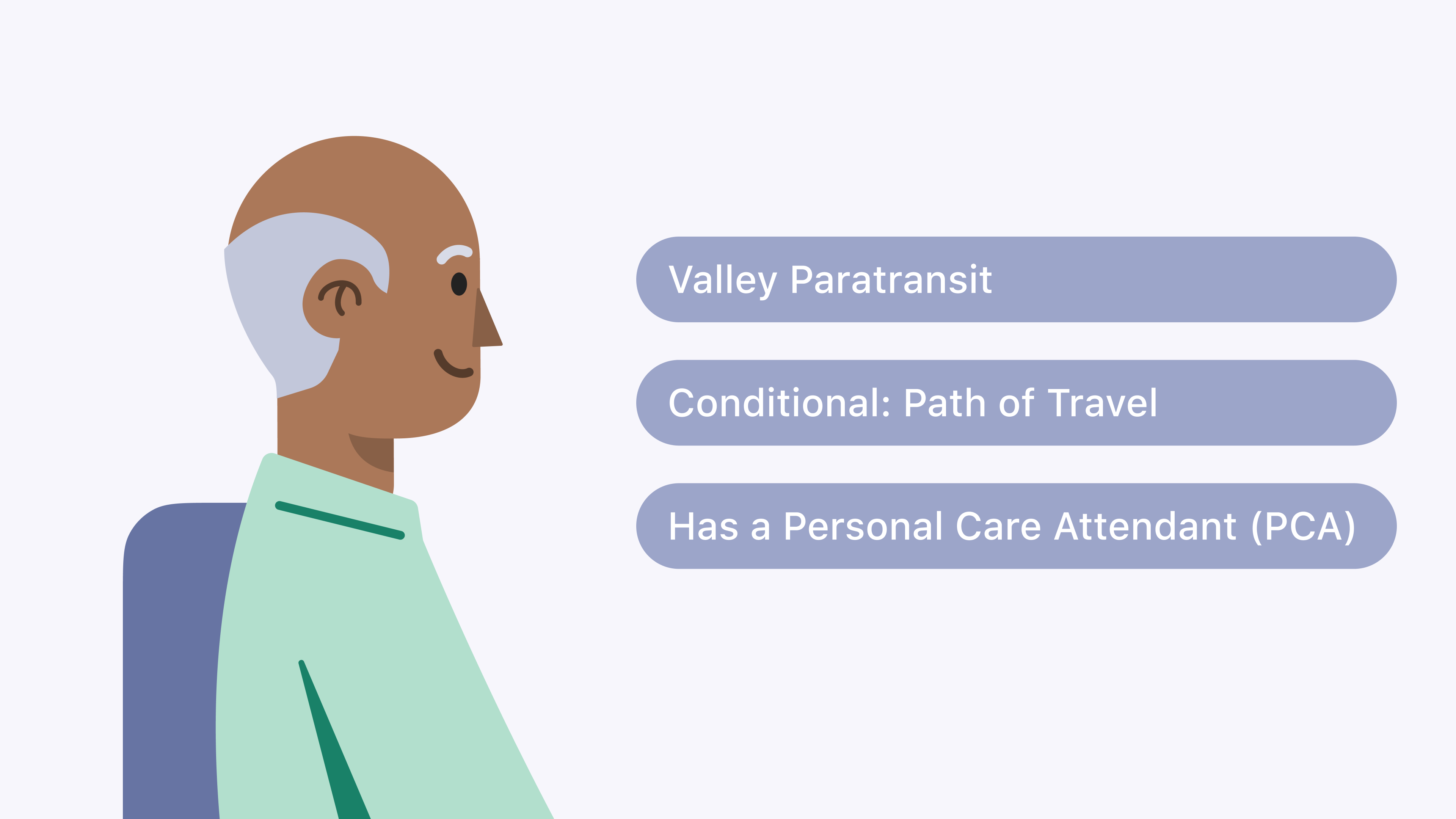 A centralized customer relationship management tool like Spare Engage helps agencies organize and track their riders’ eligibility status. But the true game changer is when this database speaks directly to the operational platform, like Engage does with Spare Launch. This would be the tool transit agencies use to manage their paratransit system’s booking, matching, and scheduling.

In Spare Launch, agencies can create rider groups and slot riders into these groups to restrict their travel based on their conditional and/or temporary eligibility. Harkening back to our high schooler: once their six week convalescence is up, they are automatically removed from the temporary eligibility group and would be unable to book a paratransit ride. Or, if their leg hasn’t yet healed, they can try to renew their eligibility. Whenever a rider’s eligibility is about to expire, Spare automatically notifies them by email, regular mail, text message or through an agency’s smartphone app, streamlining this process and ensuring no one is left stranded.

Expiration dates are also a great way to manage conditional eligibility (remember the senior who can’t walk to the stop in winter). If you are located somewhere where winter likes to rear its ugly head until late March, you could simply restrict that group’s paratransit access from April until the first anticipated snowfall in November. Activating or deactivating eligibility is but a click away in Spare.

Nothing is stopping agencies from assigning riders to more than one group. For instance, someone with unrestricted eligibility, who would be slotted into a rider group that never expires,  could also belong to the group called ‘requires driver assistance’. There’s no bulky cross-referencing involved — just a few clicks and taps in Spare Engage and the information is communicated directly to Spare Launch and reflected on the driver-facing app, Spare Driver, which is part of Spare Platform.

Within a certain geographic area there are often different transit agencies. In a modern transit system, they would all talk to one another, enabling a rider to hop from the commuter train owned by one organization to a fixed-route bus belonging to another - all on the same ticket or pass.

Riders who require paratransit should also be able to do this but eligibility management makes this difficult. What happens if a rider is considered eligible by agency A but hasn’t gone through the eligibility process for agency B? If both are running Spare Engage and Spare Launch, they can share information. In other words, agency B can check the rider’s eligibility status and ensure they meet paratransit criteria by synching up with agency A. For transit agencies already streamlining their processes to allow for inter-city travel, this is the logical next step to provide equity in the paratransit space.

The next wave of eligibility

If given a choice, many transit agencies would prefer riders use the regular, more cost-efficient, fixed-route network instead. Paratransit will always be a more expensive service for agencies because it is highly specialized and can serve fewer people than high capacity fixed-route buses. Agencies can bring down the costs of paratransit by combining it with on-demand microtransit through an approach called commingling as for example Citibus and Cheyenne Transit Program did. This means both groups use the same vehicles, increasing the passenger-to-vehicle ratio. Eligibility management using Spare Engage and Launch is powerful here too because it would grant special permissions to paratransit riders not accessible to microtransit ones and could even be used to prioritize booking requests from eligible paratransit riders.

As the tech stack at transit agencies becomes more sophisticated and interconnected, they’ll also be able to further restrict paratransit rides on a trip-by-trip basis by evaluating cross-network availability and how that matches up to a rider’s profile.

In practical terms, this is how that works: your paratransit rider, who is part of the ‘needs accessible vehicle’ group, tries to book a trip from the mall to the movie theater. There is a fixed-route bus stop on either end that’s serviced by a deck-lowering bus. Trip-by-trip eligibility means you could opt to automatically reject their trip and instead inform them of the accessible fixed-route option. But say they are requesting a trip from home to the mall, and the fixed-route stop is half a mile away — too far for them to walk — their paratransit trip request would be accepted. Or, you could offer paratransit to an accessible fixed-route bus stop instead, enabling multi-modal transit.

The ‘everyone else’ eligibility

When someone applies for paratransit eligibility, they are accepted with some or no conditions, or rejected. Spare actually lets you keep a record of those riders as well, as well as those whose eligibility has lapsed. It’s important for agencies to track this group as well through Spare Engage in case there is a future request. That way, the agency will already have information on the rider, which will save time when it comes time to reassess their case for service.

As the population ages in many cities around the world, paratransit is going to become more important than ever. It’s vital to provide equitable transportation to those who otherwise would have limited mobility within their community. But determining who is eligible for what and when and under what circumstances is also vital to ensuring that transit agencies protect the service for those who need it most by operating a cost-efficient system. Spare’s automated eligibility management system, Spare Engage, together with the ability to create sophisticated rider groups in Spare Launch, is one way to streamline this entire process and make it work better for everyone involved.

To get a peek of Spare Engage, book a demo​.