AnnouncementLearn how transit agencies can modernize their paratransit services in our upcoming webinar. Learn More →
Microtransit

Japan: A Transportation Utopia with a Mobility Crisis

In recent surveys from the World Economic Forum, only 26% of municipalities had highly sustainable transit systems. In 2018 this became the driving motivation for Spare to work with cities and bus operators around Japan.

Public transport in Japan is generally known for bullet trains 🚄, high-capacity subways 🚇, and incredible reliability and punctuality 💯. There is, however, a crisis brewing – one that has been growing for nearly 10 years. In recent surveys from the World Economic Forum, only 26% of municipalities in Japan had highly sustainable transit systems. This problem is exacerbated by a steadily shrinking population and an increasing percentage of senior citizens.

In 2018 this became the driving motivation for Spare to work with cities and bus operators around Japan. Through an incredible partnership (more on that below), we found ways to digitize the transportation infrastructure while enabling efficient and sustainable on-demand transport options. In this post we discuss the current existential challenges public transport faces in Japan, and how we’re working to overcome those challenges around the country with next-generation software 🚀 and a dream team 🤩.

The Crisis in Japan

Public transport is a powerful tool for society. It serves a multiplier for economic gains in the economy, and as a vital backbone for health and safety. It drives people to share commutes and in doing so keeps people from driving.

In Japan, public transport use is widespread. Tokyo has the highest metro ridership worldwide (3.5B), beating out second place Moscow by a cool one billion, all while maintaining incredible standards for punctuality, with average delays frequently below 30 seconds. However, as you leave the city centre on your high speed bullet train, the transport landscape begins to change.

If urban transportation in cities like Tokyo are like a symphony orchestra, then rural transportation would be your high school wind ensemble. Your wind ensemble might be good, but it's really just composed of what was available and probably doesn't make any money. These rural systems are often composed with a variety of modes including taxi, community bus, and medium/low frequency fixed-routes. They aren't few and far between – they're everywhere. Outside of Tokyo, the nation has roughly 65,000 communities.

Of these communities, almost 15,000 (~23%) have an average age of over 65. This, however, is a new phenomenon. In 1950, 53 percent of Japan’s population lived in urban regions. Fast forward to 2014, 93 percent did. It is mostly young people who move to the cities, and that means that as Japan’s population ages, the rural communities are left to fade away. This is combined with a massive change in population growth. Japan's population started decreasing in 2010 from its peak of 128 million people, and is on a trend to plunge over 30 percent over the next 50 years. 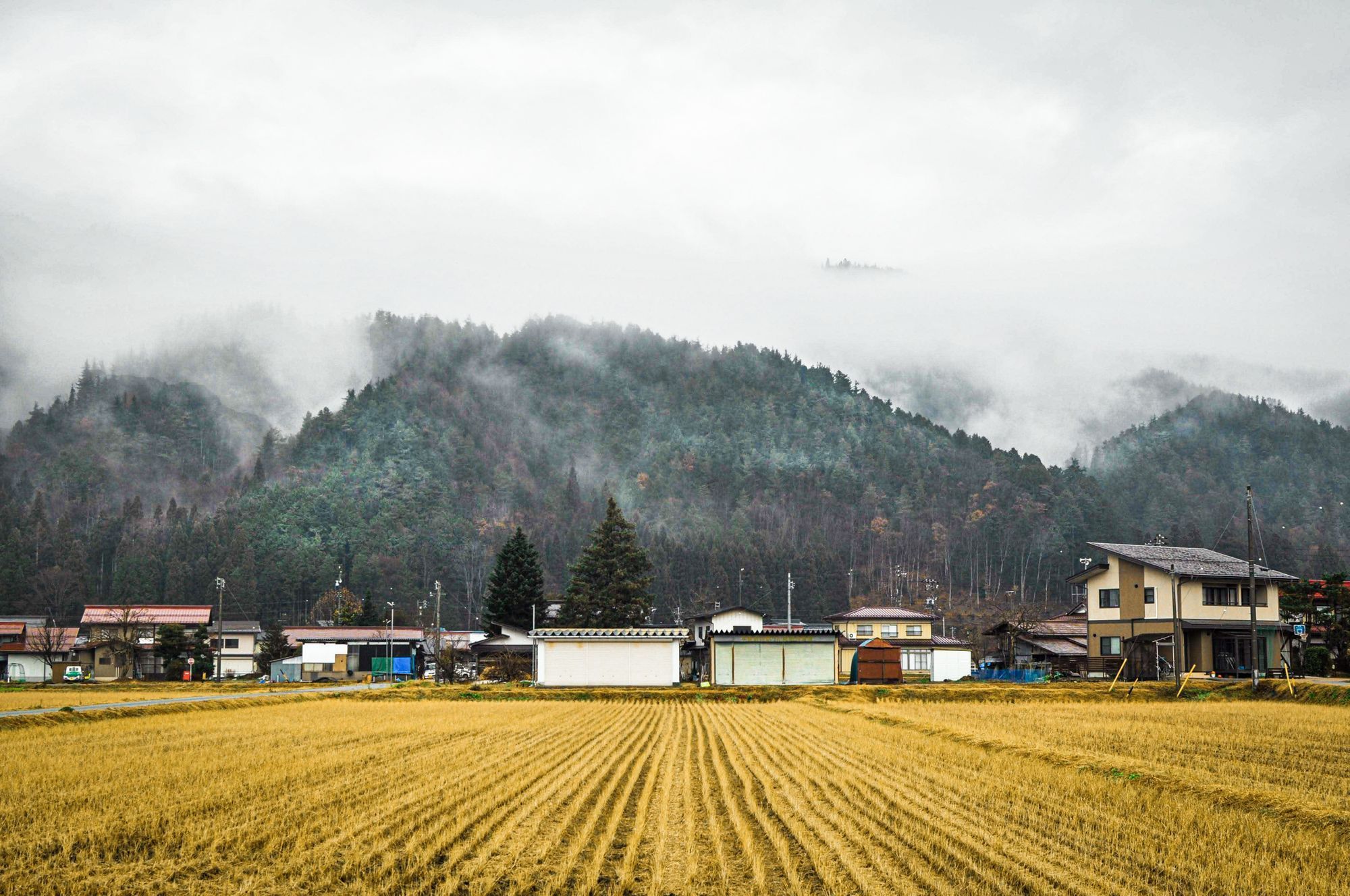 This begs the question: How are 65,000 communities adapting to this changing landscape? The simple answer is: they aren't. These changes were in many cases unforeseen and they have caught the country off guard. Public transport outside of the city centre is now in crisis mode, and in dire need of a solution that will drive them into the next 50 years.

The crisis is leading more people to drive a personal vehicle, as it is often the only viable option. Unsurprisingly, this leads to an increased risk of traffic accidents and a larger barrier to entry for people looking to leave the home, especially the senior population. In many cases, the convenience of the transport service can mean the difference between making or skipping a crucial hospital visit. Poor local transport is also a new factor limiting population growth within towns and is even driving existing residents away, deepening the spiral of economic and demographic decline.

For the last few years, we (Spare) have been working with cities around the world to help find and build solutions to these increasingly important problems. We focused on the need to enable people to be less dependent on their own personal vehicles, and found that in order to achieve this we must first equip cities with the technology to provide sustainable, convenient and affordable transit options to their residents.

With advancements in technology, including the ability to book and track vehicles with a mobile phone and utilize incredible computation power from cloud servers, new transportation modes become available. We've found that these modes can lead to a decrease in personal vehicle ownership and be an enabler for cities looking to rejuvenate a public transport system.

In early 2019, we began to tackle this problem in Japan with a new service we launched called KnowRoute (のるーと). KnowRoute is an on-demand microtransit service in the city of Fukuoka, Japan, deployed as a POC in collaboration with Next Mobility, a new partnership between Nishitetsu and Mitsubishi Corporation. Together with Next Mobility we envisioned, launched, and successfully operated a first of its kind transportation service in Japan, building a solid foundation for future services across the country.

The primary service area is Island City, a man-made island just to the north of the city of Fukuoka. Island City is new urban development with high-density residential towers, supermarkets, low density neighbourhoods, a sports arena, an industrial area, a large port, and even a spa! It also has a nearby connection to a high-frequency rail line that runs into the downtown core of Fukuoka. KnowRoute serves as a connector between these key points, and as a first/last mile solution for rail commuters.

The name, KnowRoute, is a triple play on words: Spare Engine, the algorithm that powers Spare, "knows" the route, there is "no" fixed route, and "noru to" means to "Get Onboard!" in Hakata dialect. Following continuous growth in its first year, KnowRoute is due to be scaled across other parts of Fukuoka, and used as a model for future mobility across Japan.

The service also tackles a recent challenge seen in many transportations systems around the world: driver shortages. 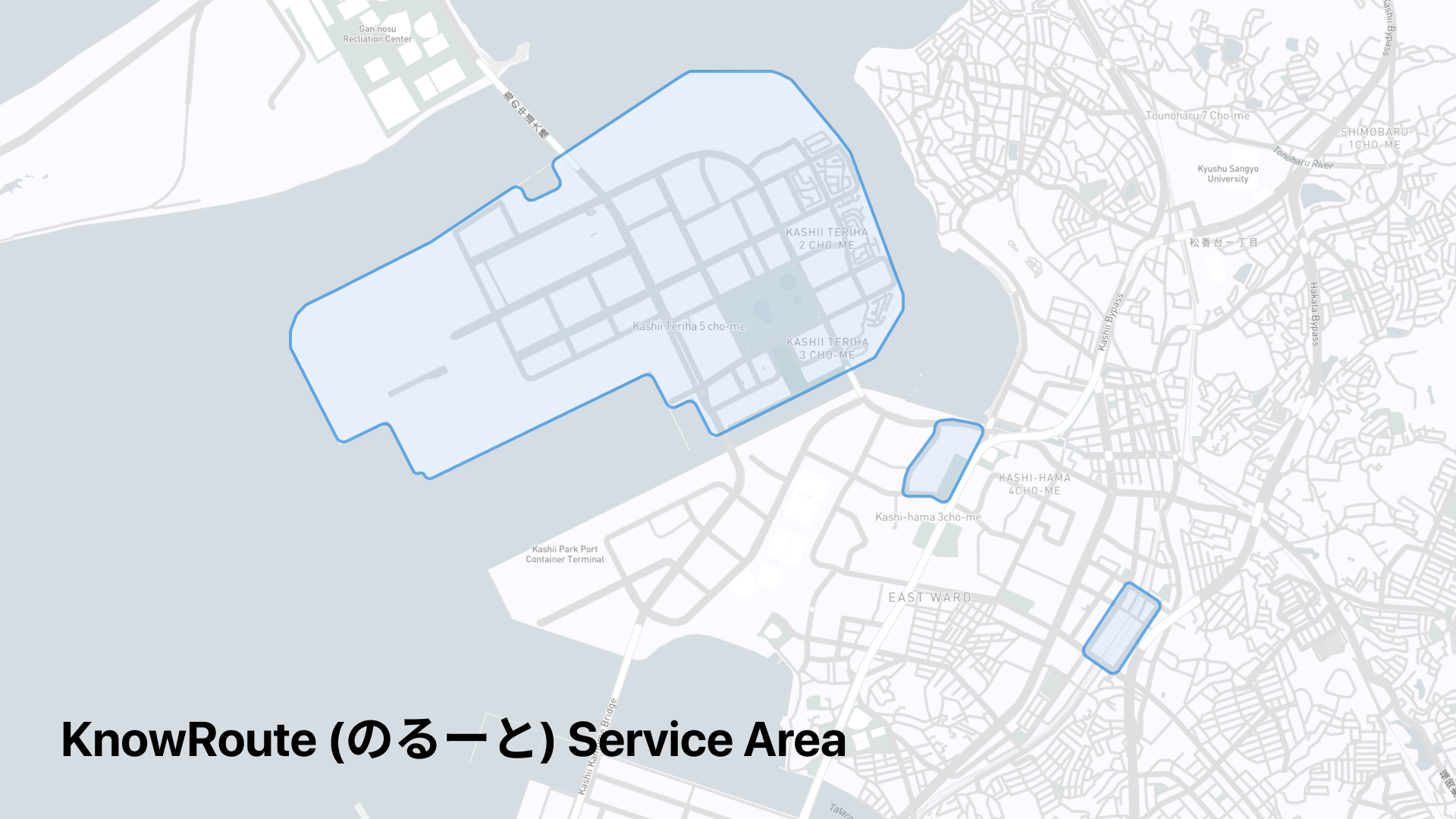 Spare developed and executed a complex launch plan for KnowRoute, which included adapting Spare Platform to support the unique requirements of a Japanese city. These adaptations ranged from routing to the correct side of the road for passenger stops, to ensuring that zone-to-zone travel configurations were adhering to stringent governmental requirements.

KnowRoute provides a personal experience for all people in Island City and fundamentally a reliable public transport option. It has tapped into a big demand pool among commuters for rapid and reliable transit. Ridership has more than doubled since the first months of the service, to reach 1,200 riders a week. Riders have been delighted with the average waiting time of 8 mins.

The service also improves daily life for many of the families on Island City. By having a comprehensive transportation service, mothers are now able to walk their kids to school rather than drive their spouse to the train station or to work. KnowRoute also provides the necessary transportation option for the hospital facilities that exist within the service area, making sure that residents make their appointments on time. 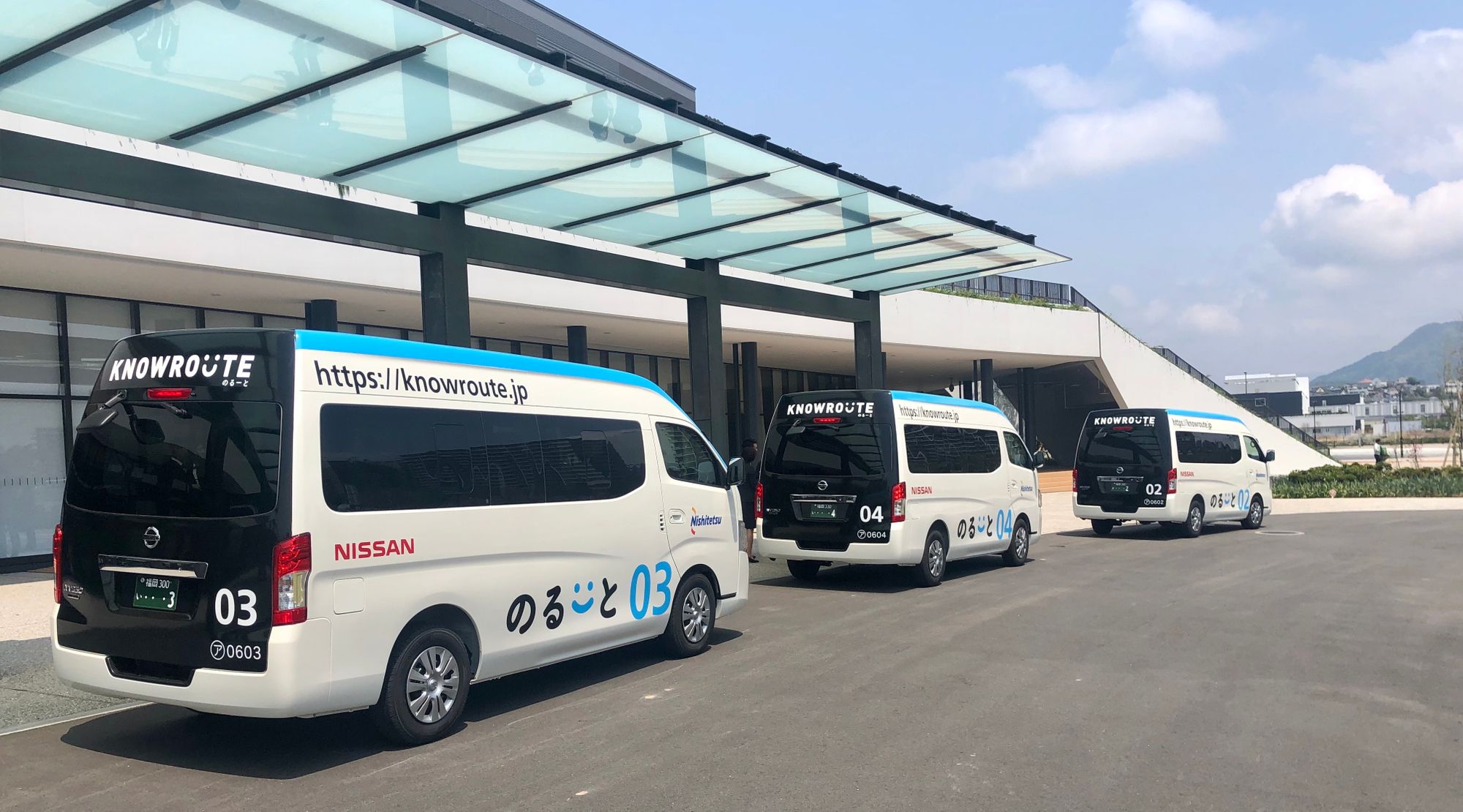 KnowRoute is just the start of what will be a sea change in Japanese public transportation. KnowRoute shows how world-class technology can be used to fill in the transport gaps and address the crisis facing communities all around the world. In order to enable this, we are building the tools that transport providers need in order to launch systems that work for everyone. This has been Spare's mission all along: to accelerate the shift towards a sustainable future for mobility. The Spare team is incredibly excited to be a part of this change and to help guide public transport toward an efficient and sustainable future in Japan and beyond.

Trusted across four continents and counting, Spare Platform enables cities and transportation operators to plan, launch, operate, and analyze the next generation of mobility services, including integrated on-demand microtransit systems. Some of the world's largest cities are using Spare Platform as a core piece of the city’s transportation infrastructure to build next-generation transit and paratransit systems - like Fukuoka and also Dallas, Texas, which was named APTA's most innovative transit system in North America for 2019. To learn more about Spare, visit https://sparelabs.com

Interested in learning more about how Spare Platform can help you? Reach out to us at [email protected].