Today we're incredibly excited to announce the launch of Spare Driver 2.0, the first major revision to the experience of driving on-demand using Spare. It's available today and we're rolling it out to all of our customers over the next few weeks. 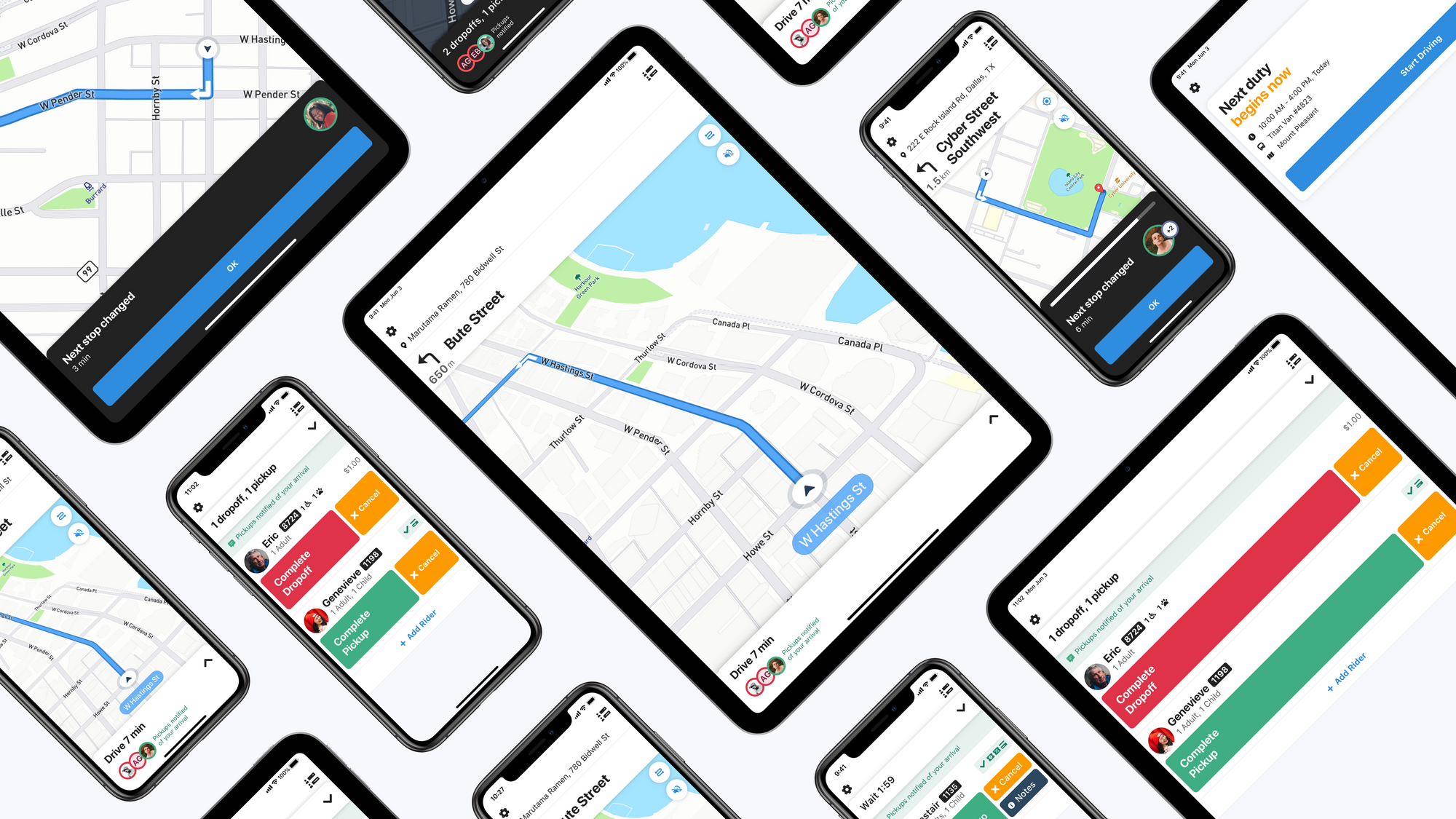 Today we're incredibly excited to announce the launch of Spare Driver 2.0, the first major revision to the experience of driving on-demand using Spare. It's available today and we're rolling it out to all of our customers over the next few weeks.

Over the past few months, we've listened closely to the feedback of our customers and their drivers, riders and administrators. We found opportunities to make life easier for drivers and improve routing efficiency, all while preparing for big new features like Predicted Demand and Mixed Supply. We don't take this change lightly - we know that transit agencies across three continents depend on Spare Driver to get riders from Point A to Point B every day.

The new app includes integrated turn-by-turn navigation, has an improved interface that's easier to tap and read, and works on screens of all sizes. Keep reading to find out more about the changes we've made and why we made them. 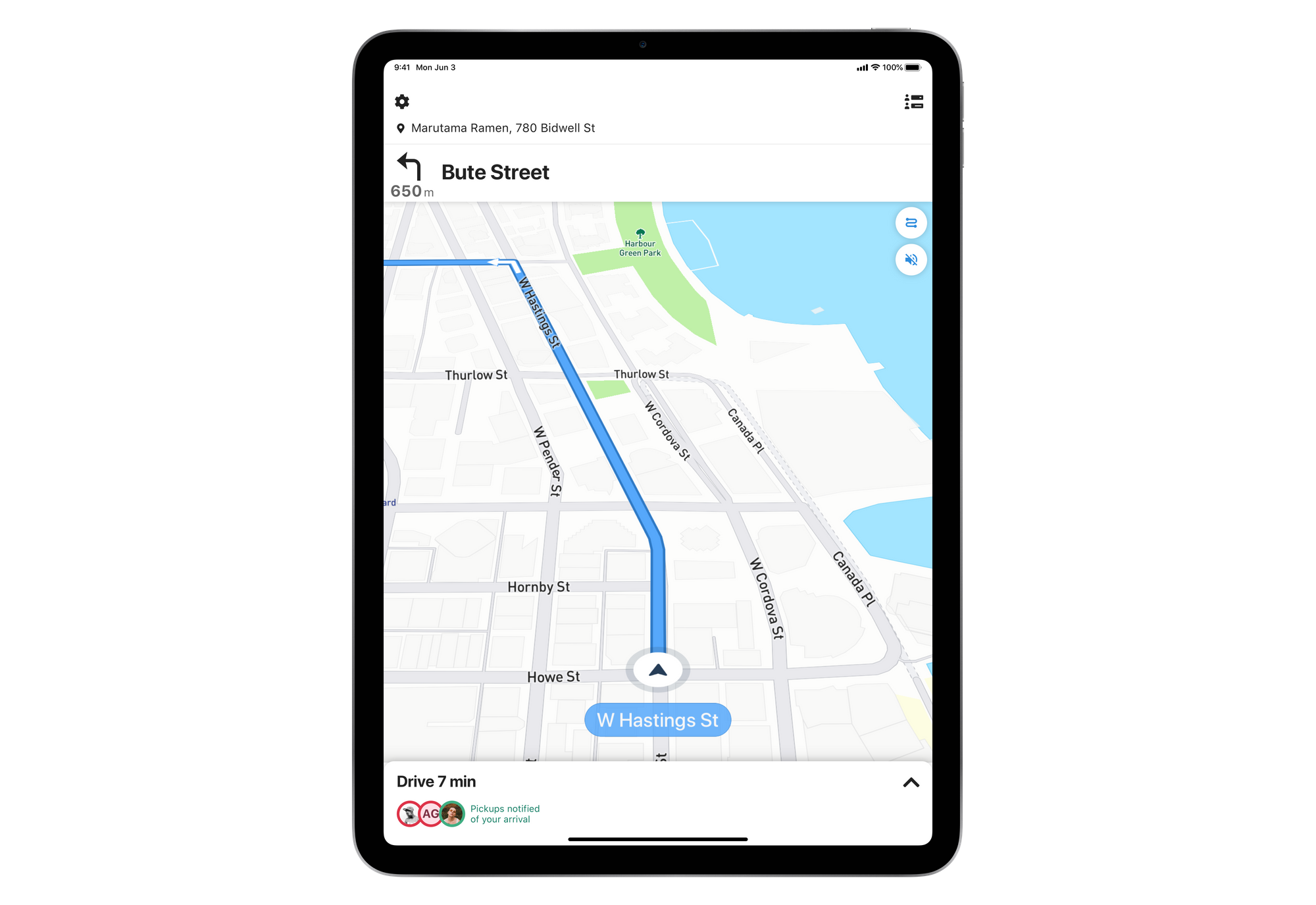 Navigation is now built into the Spare Driver app, with turn-by-turn directions available in all of our service areas. Our new integrated nav keeps drivers focused on one thing at a time, intelligently opening the itinerary when arriving at a stop and closing it when driving away.

Previously, drivers had to open Google Maps or Waze in split-screen mode alongside Spare Driver, resulting in complex training, confused drivers, and conflicting ETAs between 3rd-party navigation and our internal routing. Now there's a single source of truth, creating a simpler experience for drivers that is easier to learn and support.

We've also added improved alerts when the route changes unexpectedly, providing a super-readable auto-dismissing card with more detail about why and how the route has changed.

On-demand drivers have a lot to pay attention to, so it's important to make sure that any information we show while driving is beneficial and not distracting. In Spare Driver 2.0, we've minimized unnecessary information to keep drivers focused on their most important task: getting to the next stop safely and quickly.

We used to show drivers if they were running late, but, since they can only go as fast as traffic allows, this tended to stress drivers out and resulted in little improvement in actual performance. We've also removed detailed information about upcoming stops and rider destinations, which sometimes encouraged drivers to second-guess their routes and stop sequence, and occasionally led to poor rider experiences.

While we've streamlined the information shown while driving, we've also added new features to improve the driver's interactions with riders as they board. Drivers are on the front lines of any rider frustration, so we've added info bites showing when vehicle arrival notifications have been sent and letting drivers know that riders may be frustrated when the vehicle is running late. 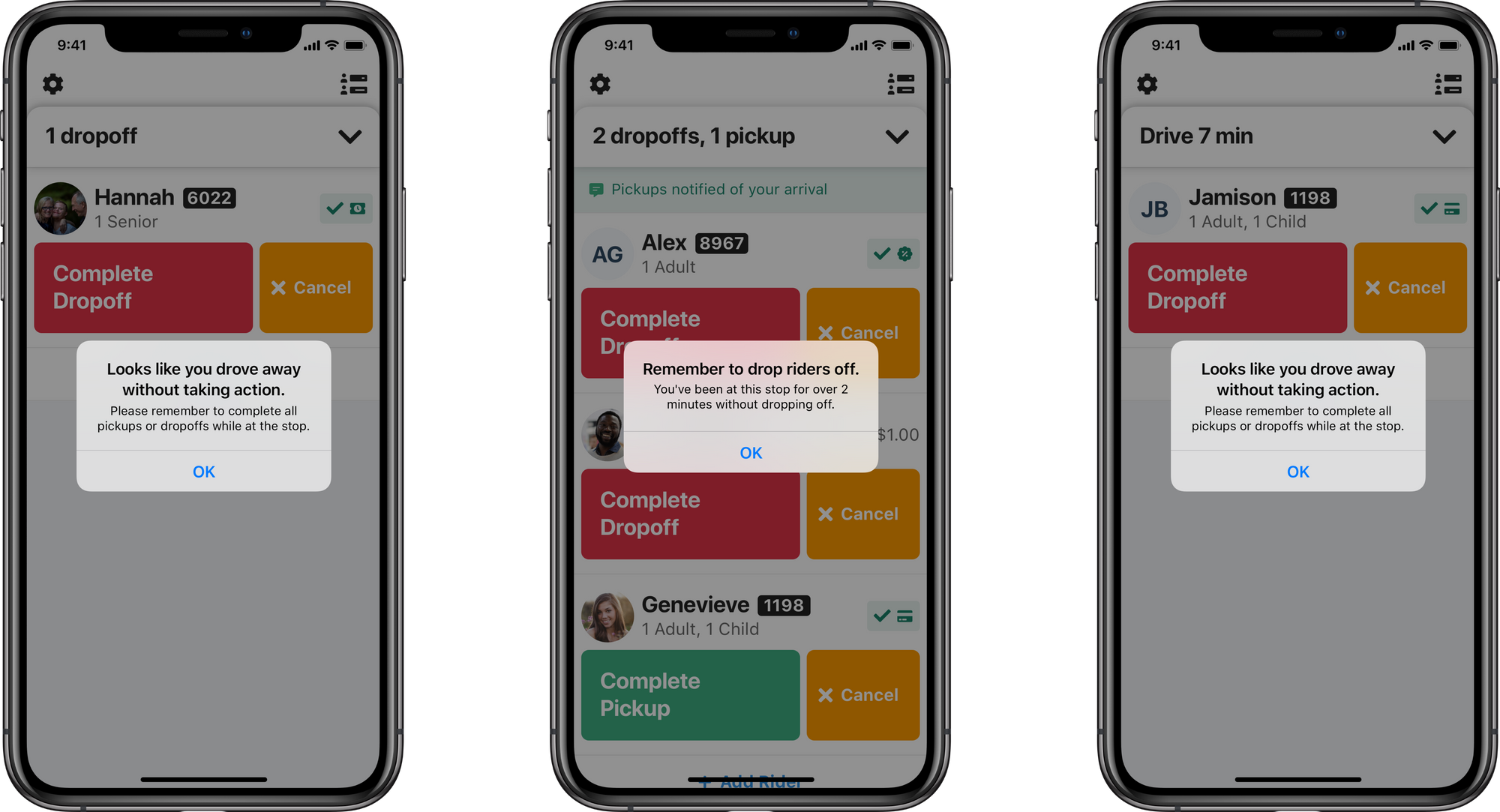 Even the best drivers sometimes make mistakes - things like forgetting to tap the Complete Dropoff button when a rider steps out of the vehicle. This causes Spare Engine, the routing system that powers our services, to fall out of sync with who is actually onboard the vehicle. This inevitably leads to poor pooling and wasted time driving routes that double back when they don't need to.

With Driver 2.0, if a driver doesn't tap Complete Pickup or Complete Dropoff when the app expected them to, we show them a reminder. This adds to existing reminders when picking up or dropping off riders far away from a stop.

In addition to this, we've also made it more difficult to cancel a ride by accident, a common frustration of drivers. 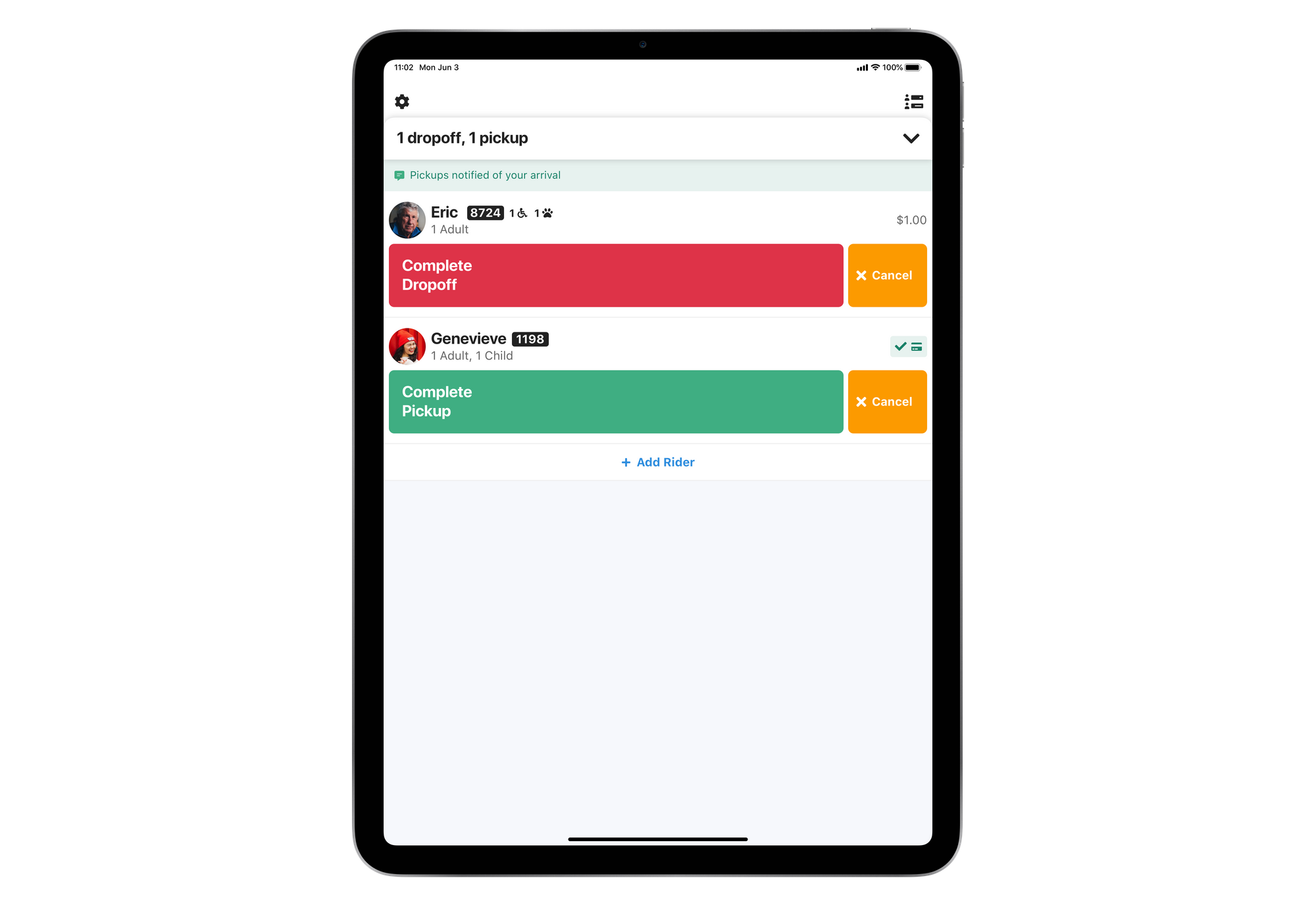 With a diverse group of drivers using Spare Driver for the majority of their working day, it's really important that the app works well for everyone. Accessibility has been a major goal for this version as we try to reduce user errors through improved tappability, readability, contrast, and terminology.

In Driver 2.0, buttons and icons are bigger and more distinct from the background, making it easier to target and tap buttons with limited time and attention. We make better use of gestures, which require less precision to execute - but we also provide standard buttons that are easier for less technical users to learn and remember. Text is now bigger and bolder so that it's easier to read with a quick glance, and we've improved the contrast ratio between text and background colors.

We've also changed some technical terms into more colloquial ones - for example, changing "Add Flagdown" to "Add Rider". This makes it easier to learn, and easier for drivers to talk to riders in terms they understand. There are also benefits for localization - common terms are more likely to have easily understood equivalents in other languages. 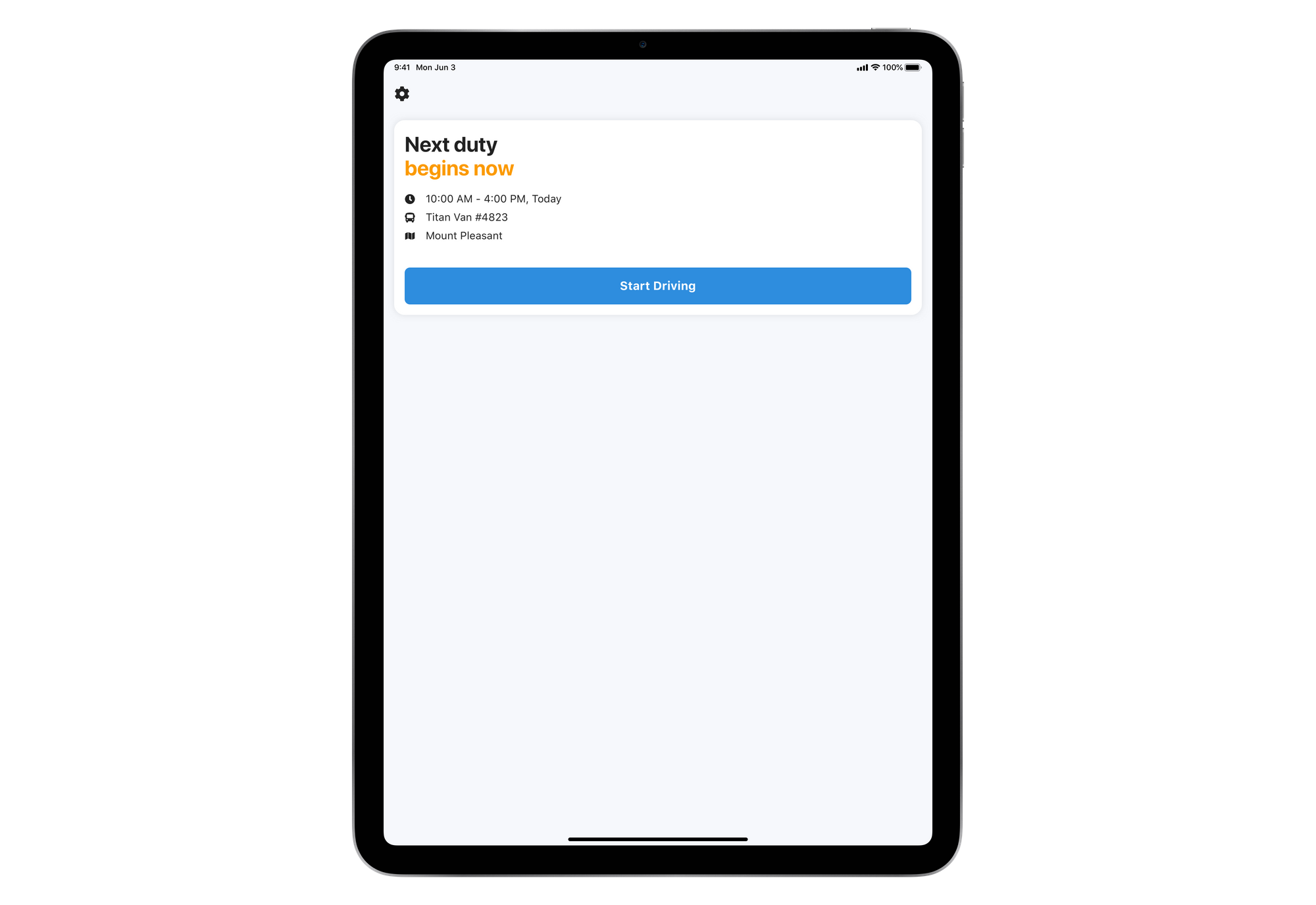 Starting and Ending A Shift

It's important to make the most of a driver's time, so we've streamlined the process of starting and ending their shifts.

Before, drivers had to verify their duty and vehicle across several steps before starting to drive. Now, drivers just tap "Start Driving" and they're immediately available to be matched with riders. There's also a clearer indication of whether they are early, on time, or late starting their duty, visible immediately after logging in.

When the shift is over, we've improved the process in a similar way - the depot is automatically added as a destination and a "Stop Driving" button appears when the shift is scheduled to end. 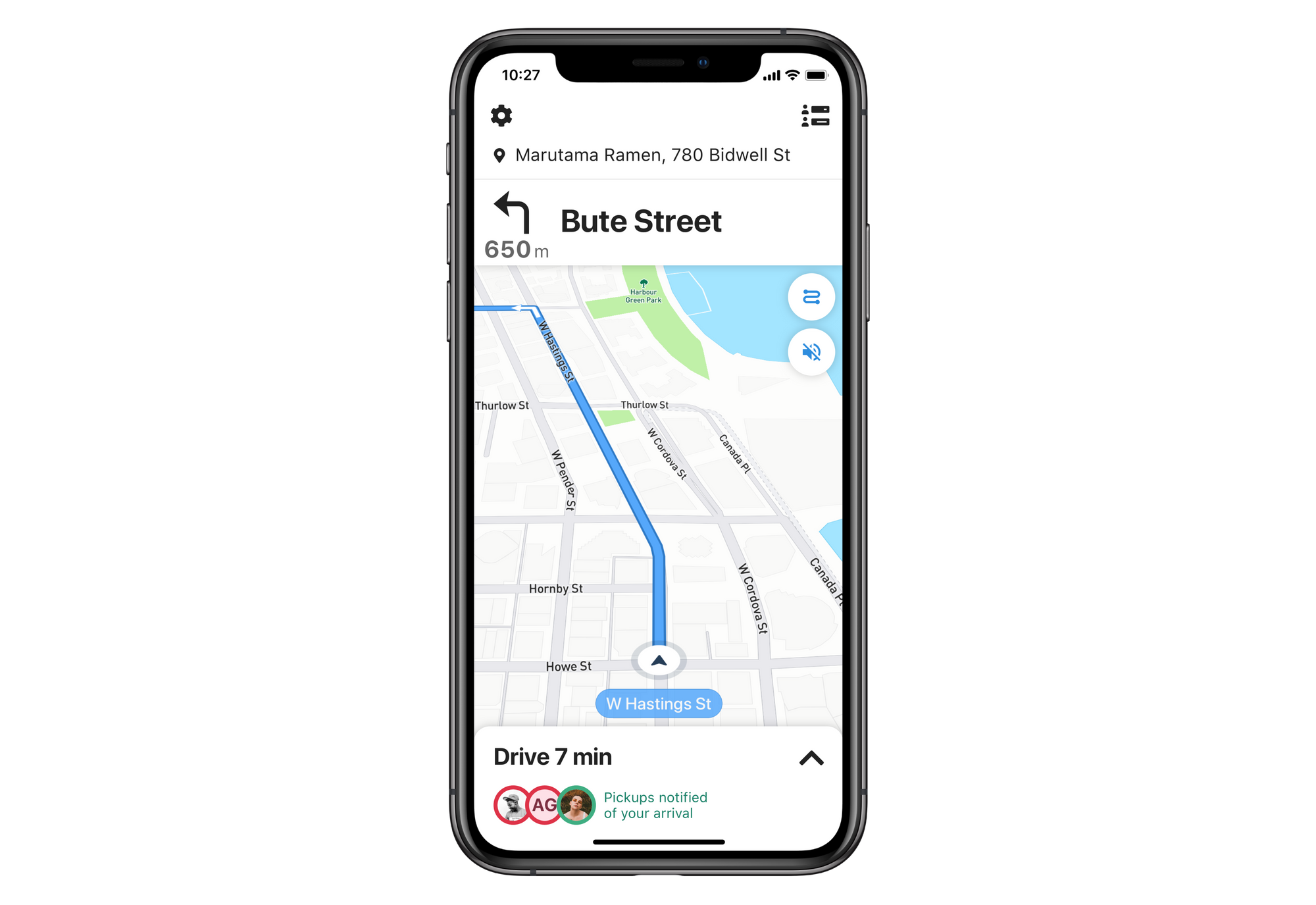 With our compact integrated navigation, Spare Driver now works just as well on small screens as on big ones. While most of our current customers use tablets, now anyone with a smartphone can run Spare Driver.

This makes it much easier to recover from vehicle or device malfunctions and gives a lot more operational flexibility to our current and future customers. It's also part of our Mixed Supply initiative - now, services can use non-dedicated drivers to satisfy demand by using their own vehicles and phones with Spare Driver. 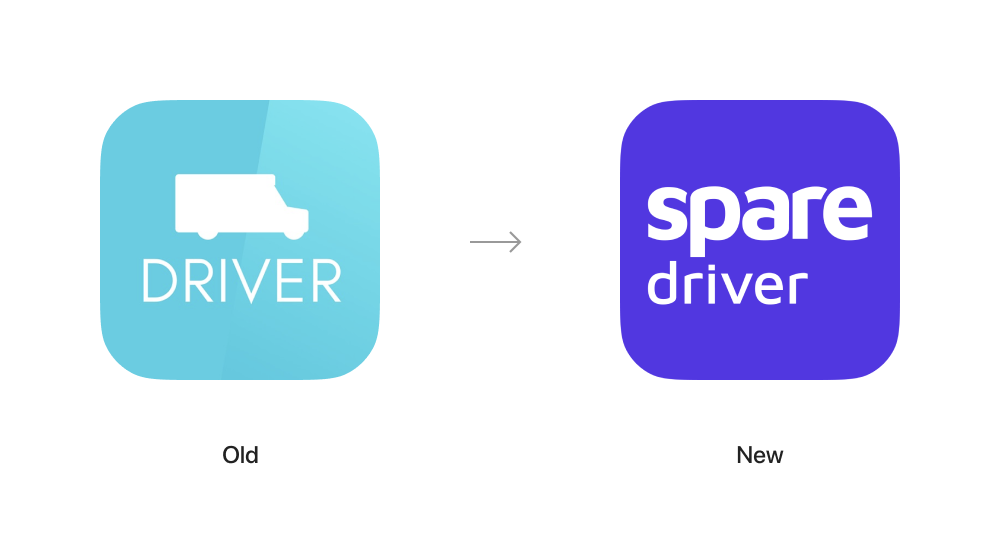 One last thing - Spare Driver now has a new app icon! With all these changes, it was time to give Spare Driver a new look to match.

We explored a ton of options - should we stick to similar colors and iconography? Should we create a totally new graphic that symbolizes on-demand transit? Or should we use industry-wide conventions for driving apps?

In the end one direction was the clear winner - a move away from bus-related imagery in favor of maximum clarity. We want it to be super easy for anyone to recognize a Spare app at a glance, whether they're a driver, a rider, an administrator, or a potential customer. Now Spare Driver looks more consistent with the vivid purple of Spare Rider, while keeping a distinct look that will make it easy to find on your home screen or in the app store. 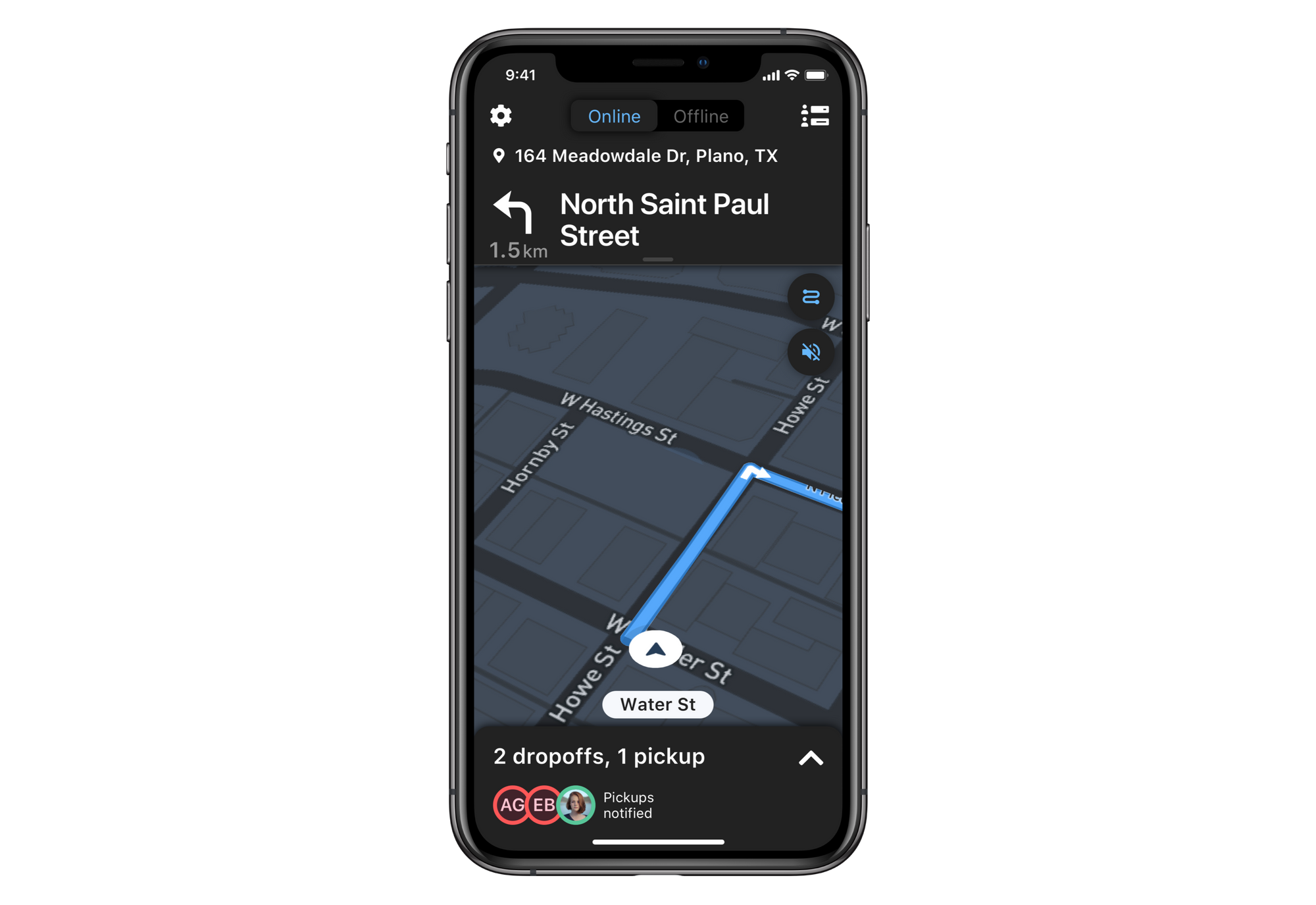 So what's next for Spare Driver? We've got a few cool things on the roadmap.

Soon, we're rolling out Mixed Supply - a major revolution in the way transit operations can run using Spare. The upcoming Unscheduled Driving feature will allow transit agencies to satisfy peaks in demand or cover service interruptions by enlisting external drivers in addition to their dedicated drivers and vehicles.

We're also working deploying a new feature called Predicted Demand, which will make better use of drivers' idle time by directing them towards areas where new requests are likely to appear. We expect this to decrease wait times, especially in larger zones.

Taking our focus on accessibility even further, we're working on Night Mode - a theme optimized for driving in dark environments. The lower light output of Night Mode will help drivers see the road better while still providing great readability.

In the meantime, we're constantly listening to feedback from our customers and making small improvements to the way existing features work. We're excited to see Spare Driver 2.0 launch, and we can't wait to see it powering trips all over the world.